Mourinho's dark days and the differences between strategies and tactics 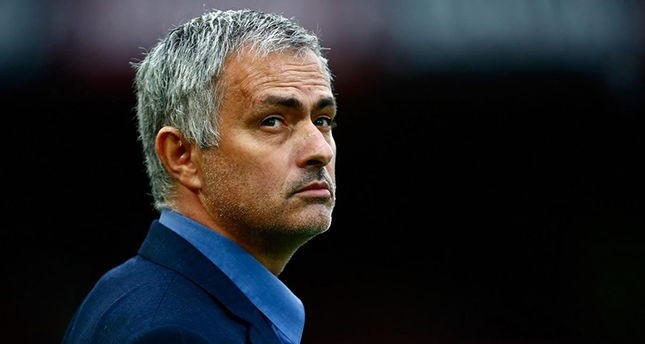 by Arda Alan Işık Dec 17, 2016 12:00 am
After six draws in 11 games, Manchester United finally got their first consecutive victory since August against Crystal Palace. Zlatan Ibrahimovic's goal for United at least provided some relief after a horrible 11-game marathon that put them 13 points off the league leaders Chelsea. Nevertheless, it is obvious that Jose Mourinho is not the same cold-blooded hunter we once knew, and now even the teams who are at the bottom of the table pose a serious threat against United. The reason is simple, Mourinho has not changed since his glorious days, but football has changed a lot, and understanding the differences between the notions of strategy and tactics is crucial to survival in modern football.

The online etymology dictionary defines strategy as the "art of a general," which comes from the Greek word "strategia", which means "office or command of a general." Tactic, on the other hand, is defined as "art of arrangement," which comes from another Greek word, "taktikos," which means "pertaining to arrangement." Now, it is clear that there is a difference between arranging things and commanding an army, you may properly arrange every agent in your army, but commanding them and utilizing their collective power is a completely different expertise than merely arranging.

There is no doubt that Jose Mourinho arranges his players superbly, and this ability carried him to the top of European football over the last decade. Nevertheless, when Mourinho was in his golden age, the ruling philosophy in football was that "good players play good football," a mentality still evident in Turkey unfortunately. Nonetheless, in the last six or seven years, especially after Pep Guardiola commanded the Barcelona revolution, the role of coaches has changed drastically in football. This event marked a new age in football, namely modern football.

Today, especially in the top leagues and top teams in Europe, teams do not hire coaches who merely arrange talented players while developing hardly any discernible strategies. There must be a repeatable, self-sufficient and collective plan to utilize each of the 11 players in the right time and place. Arrangement itself cannot do this job, because it only requires selecting the appropriate players according to the analysis of the opponent, which Mourinho did better than anyone else. But it is impossible for a team that is simply arranged but not given a strategy to utilize time and space better than a team that was designed to execute collective action, and can act according to a pre-planned strategy. As in almost everything in life, pre-planning and developing strategies make people able to do things with greater accuracy and consistency, but when individuals have to make decisions under great stress with no knowledge of collective action, accuracy and consistency are almost impossible to achieve.

Consider the case of Antonio Conte, who more or less has the same counter-attacking principles as Mourinho, and an equally powerful squad. Why does his team perform much better than United's? In other words, how can Chelsea perform the same style with much more precision? The reason is crystal clear for anyone who watches Chelsea; the players know exactly what they should do and what their teammates ought to be doing in both attack and defense. You cannot achieve such collective power without planning set-pieces, three or four men blocks on each side of the pitch and how to circulate the ball to score, which is our central aim in this game. The cat is certainly out of the bag that Mourinho fights against this superior philosophy with his old tactics. If he wants to survive, he needs to rebuild his football paradigm.
RELATED TOPICS