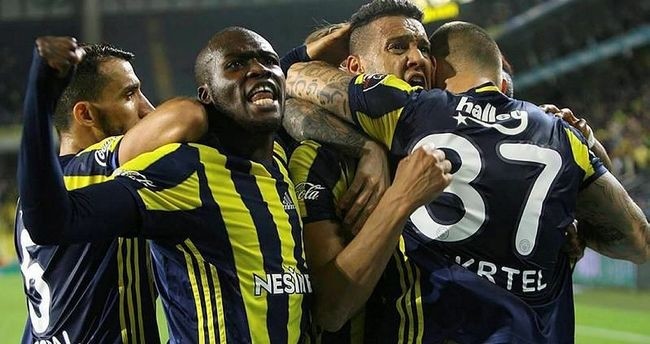 Cut from the line-up in their clubs, international players increasingly find success in the European teams they are loaned to. Enes Ünal of Twente and Moussa Sow of Fenerbahçe put themselves back in the spotlight in their temporary teams this year

Loaning players is increasingly becoming a common practice in Europe's prominent clubs, which takes advantage of the experience the players gain in their new teams once they return. International players switching sides temporarily garnered praise this year for their outstanding performance in the clubs they are loaned to. Enes Ünal, Samir Nasri, Tammy Abraham, Marcos Llorente, Lee Grant and Iago Falque made a name for themselves as players on loan in Europe while Moussa Sow, Jermain Lens, Anderson Talisca and Vincent Aboubakar impressed their Turkish clubs.

Enes Ünal, a Turkish player who started his career in Turkey's Bursaspor, was loaned to the Dutch side Twente this season and drew attention for his outstanding performances, with 10 goals in 15 matches and two assists. Ünal signed a five-year-contract with Manchester City and was first loaned to Belgium's Genk in the first half of the 2015-2016 season where he scored only two goals in 14 matches. He then moved to the second-tier Dutch club NAC Breda and scored nine goals in 11 matches. Currently, he is the second top scorer in the Netherlands.

Ünal's teammate Bersant Celina, a 20-year-old on loan from Manchester City, scored four for Twente after a goalless streak for Premier League side. Despite his rising standing in Twente, Celina failed to impress with his performance in the national team of his home country Kosovo for which he has not scored any goal yet.

Twenty-nine-year-old French national Samir Nasri had only five goals for the French national team in 41 matches and had a less-than-stellar career in Manchester City after he joined in 2011. Loaned to Sevilla in August as part of a season-long deal, Nasri helped the Spanish side to reach the Last 16 round of the UEFA Champions League and scored three goals in 14 matches. He is viewed among the favorite players of Coach Jorge Sampaoli.

Thirty-year-old Moussa Sow, who first joined Fenerbahçe in 2012, made a triumphant return to the Turkish club this year. On loan from Emirati side Al Ahli, which acquired him for 16 million euros, Sow won the hearts of Turkish fans with his signature bicycle kick goals. He scored six goals for Fener in 11 domestic games and netted two goals in two Champions League games for the Yellow Canaries.

Andreas Christensen, a defender for the Danish U-21 national team, joined Chelsea in 2014 and one year later, switched sides to Borussia Mönchengladbach on loan. Not featured much in Chelsea's games, Christensen proved himself as a skilled newcomer in the German team and played full-time in 12 Bundesliga and Champions League matches. Although he scored only one goal during his time with the German team, Christensen is extolled for his performance during his stint in Germany.

Spanish international Iago Falque joined Torino from Roma on loan. The 26-year-old left-winger scored eight goals and three assists in 14 league matches. His outstanding performance against Roma where he scored two goals for Torino has angered the fans of Roma.

Algerian-French national Nabil Bentaleb made his debut in the Premier League after signing with Tottenham Hotspur in 2013 and it would take a full year before he scored his first goal for the club. Bentaleb joined Bundesliga side Schalke 04 on a season-long loan deal in August and dazzled fans with six goals and two assists in 21 matches for the German side. "At Schalke, they believe in me," Bentaleb was quoted by the media, which reported that the midfielder would sign a four-year contract to remain with the German side that chose him as Player of the Month for October.
Last Update: Dec 22, 2016 1:13 am
RELATED TOPICS