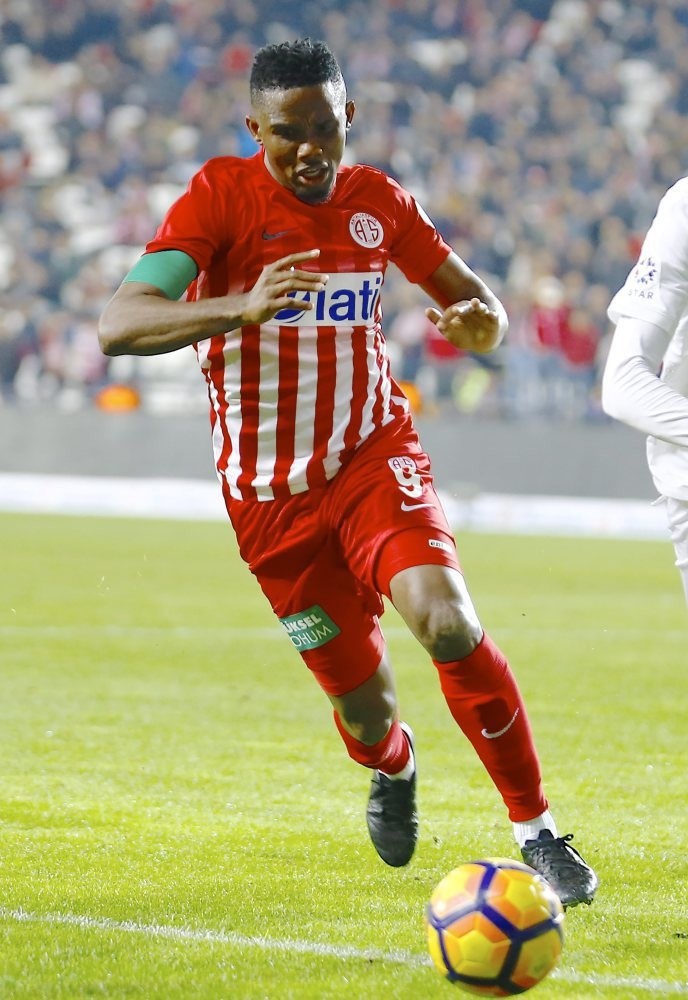 by Daily Sabah Jan 03, 2017 12:00 am
Hull City, in their bid to survive in the English top flight, have joined a group of Turkish sides including holders Beşiktaş, to land former Barcelona superstar Samuel Eto'o in the January transfer window.

With the winter transfer window now fully open for business, the list of Eto'o's wooers have continued to grow, after Trabzonspor and Galatasaray also showed their interest to sign the Cameroonian striker.

British media, however, has claimed that Eto'o wants a return to the Premier League and according to the "Hull Daily Mail," the Tigers were currently considering a move. The former Chelsea forward is playing for Turkish side Antalyaspor, but they are willing to loan him out until the end of the season. The veteran striker netted 20 times last season for Antalya and has so far bagged five in 13 appearances this season. Meanwhile, Turkish champions Beşiktaş, after failing to fill the vacuum left by its German striker Mario Gomez's move to Wolfsburg and below par performances by strikers Cenk Tosun and Vincent Aboubakar, want to get Eto'o on a six-month loan. However, Antalyaspor, who reportedly demanded 1.5 million euros in loan charges, plus Beşiktaş's Kerim Frei and Ömer Şişmanoğlu, look reluctant to settle.

The world famous footballer has long been the subject of a joke in Turkey. It goes like "Eto'o is done," and in Turkish can mean "Eto'o's transfer is done," or "Eto'o is a washed-up footballer,"

Oktay Derelioğlu, a Turkish TV commentator, had unsuspectingly invented the expression a couple of years ago, when he said, "Eto'o (his transfer) is done," and repeated it several times.

The transfer rumor, however, did not turn out to be true that year, but his expression "Eto'o is done," went viral, after it found its way into some comic videos on websites like YouTube.
Last Update: Jan 03, 2017 7:18 am
RELATED TOPICS