Eagles perch on top after 149 days 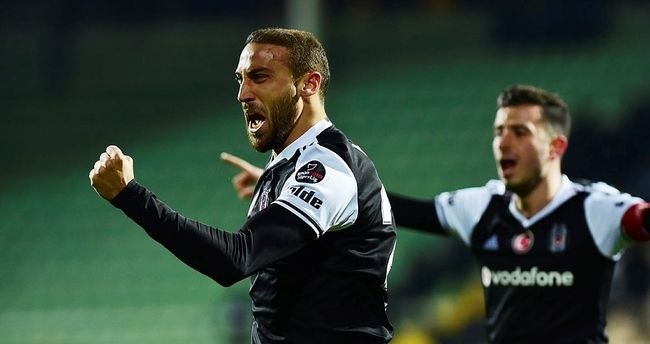 by Hakan Baş
Jan 25, 2017 12:00 am
Super Toto Super League's top spot passed into the hands of Beşiktaş after they defeated Aytemiz Alanyaspor 4-1 on Monday. After the former leaders Medipol Başakşehir lost 1-0 against Fenerbahçe on Sunday, the Black Eagles' match against Aytemiz Alanyaspor was of great importance.

Since Başakeşehir remained on 39 points, second-placed Beşiktaş, previously on 38 points, got the chance to dethrone the leaders. Beşiktaş did not miss the opportunity and won the match with goals from Cenk Tosun, Ryan Babel, Ricardo Quaresma and Marcelo Filho. With the win Beşiktaş went back to the top of the Spor Toto Super League for the first time since Aug. 27, 2016 after they lost against Galatasaray.

Beşiktaş have been in particularly good form away from home this season. Beşiktaş have won six matches, drew in three and lost just once away from home as of the 18th week. No other team in the league has enjoyed such good away form. Beşiktaş coach Şenol Güneş said, "We were the favorites in the match and we showed why. Quaresma is very hardworking and loving his job, considering his old age. We are trying to fix the elements of his game where he loses control. But he has good intentions. We reached the top by working hard. It is not a present that was given to us. Despite all the disadvantages, we are perched on top.

"We will play against Atiker Konyaspor and Kardemir Karabükspor and these matches will be very hard. It is a good thing to be on top by one point. But we must focus on being better. We must show resilience in difficult matches. We always want more. We will take to the field to win every match.
Last Update: Jan 25, 2017 1:19 am