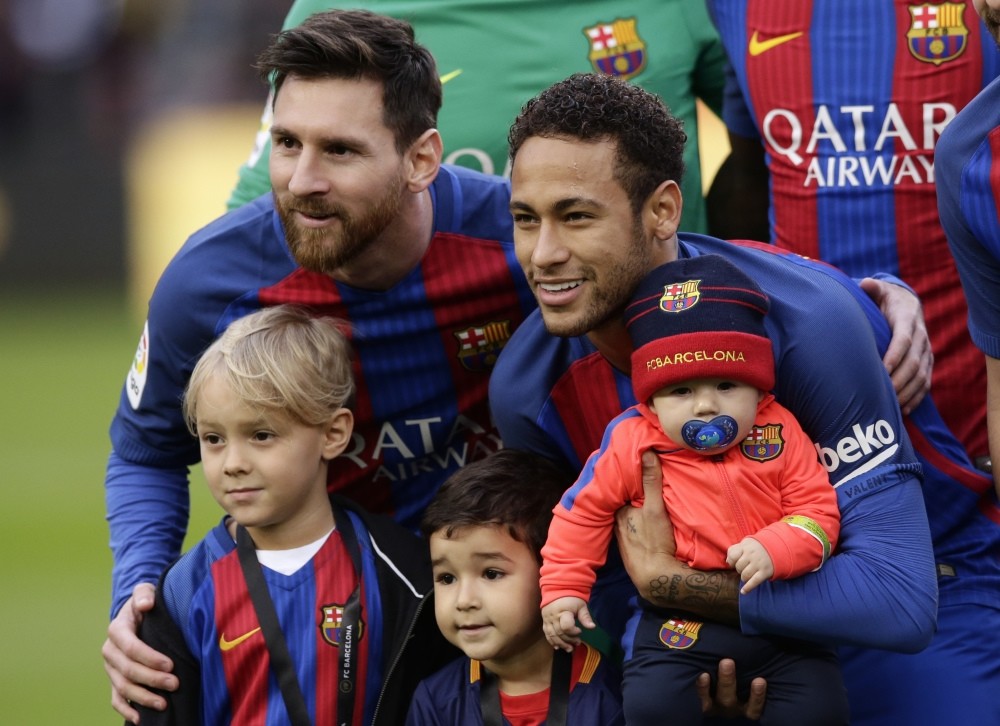 Barcelonau2019s Neymar, right, poses with his son Davi Lucca, left front, next to his teammate Lionel Messi, left, and other children prior of the Spanish La Liga match between Barcelona and Athletic Bilbao at the Camp Nou in Barcelona.
by Feb 11, 2017 12:00 am
Lionel Messi's Argentina will take on Neymar's Brazil in a "Superclasico" friendly in Melbourne in June, Australian officials said Friday. The top two teams in the FIFA rankings will clash in the 100,000-capacity Melbourne Cricket Ground, the world's biggest cricket stadium, on June 9. "There's no bigger occasion in football than when Brazil takes on Argentina, and it's coming to Melbourne," said Victoria's state tourism minister, John Eren.

"The match is set to feature current FIFA World Player of the Year, Lionel Messi, and Brazilian star Neymar Jr," a state government statement added. The Australian newspaper reported in December that Brazil or Argentina was likely to stay on and play Australia, who are headed to the Confederations Cup in Russia later in June.

The great South American rivalry has been dominated in recent years by Brazil, who have not lost to Argentina since 2012. Messi, 29, last played at the MCG a decade ago when Argentina beat Australia 1-0.
RELATED TOPICS