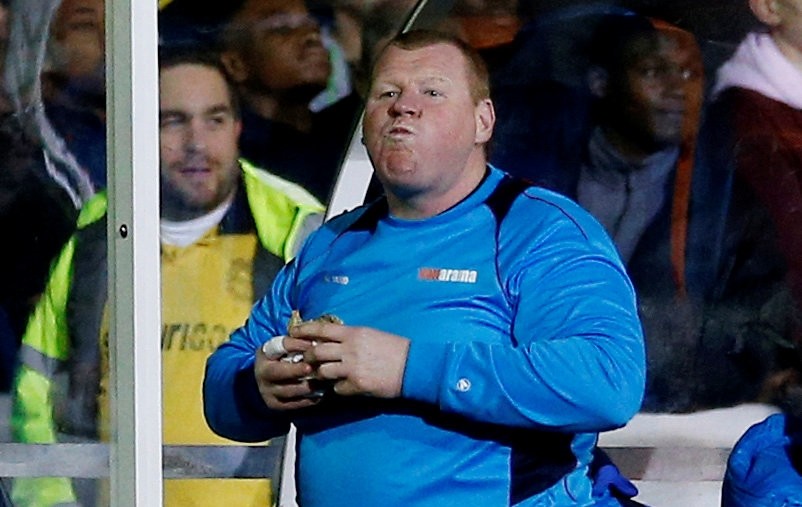 The Sutton United goalkeeper filmed eating a pie while on the substitutes bench during his side's 2-0 FA Cup defeat by Arsenal quit the club in tears on Tuesday after admitting a "costly error of judgment", Sutton's manager said.

Wayne Shaw resigned within hours of the Gambling Commission and the Football Association announcing investigations into his actions after it emerged that a betting company had offered odds against any Sutton player tucking into a pie during the televised game. Sutton manager Paul Doswell announced Shaw's fate on live television: "This decision was taken at board level," he said. "We felt we had to take very strong actions. The chairman spoke to him this afternoon and Wayne offered his resignation."

"I'm devastated, the chairman is devastated. I have spoken to Wayne and the guy is in tears, crying down the phone. It is a very sad situation."

The news capped a surreal few hours in the history of the world's oldest cup competition.

Shaw, 46, who weighs 20 stone, was caught on camera tucking into the pie minutes from the end of Monday's game against Sutton, who were trailing 2-0 having used their regulation three substitutes.

The keeper had featured on promotion materials during the non-league club's surprise FA Cup run after revealing that he played in the same youth team as former England striker Alan Shearer.

Shaw admitted knowing about the wager offered by Sun Bets, the online betting branch of The Sun newspaper whose logo also appeared on Sutton's shirts.

"I thought I would give them a bit of banter," he said. "It was meat and potato."

Shaw denied he had placed a bet himself, but as his pie-eating antics made headlines in Britain and beyond it became clear the stunt had gone badly wrong.

On Tuesday morning the Gambling Commission, the regulatory body that oversees British gambling, announced its inquiry.

"Integrity in sport is not a joke," said Richard Watson, enforcement and intelligence director at the Gambling Commission.

"We'll be looking into any irregularity in the betting market and establishing whether the operator has met its licence requirement to conduct its business with integrity."

Later on Tuesday the FA announced its own investigation into the behaviour of Shaw, Sutton's reserve goalkeeper.

"We are investigating to establish whether there has been any breach of The FA rules relating to betting," a spokesman said.