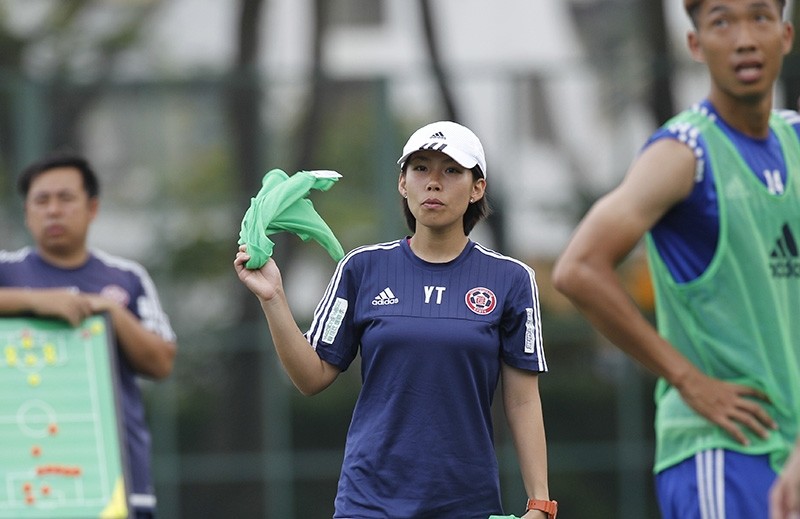 After the 7-0 rout mercifully ended, Luiz Felipe Scolari walked over and shook hands with counterpart Chan Yuen-ting, then gave her a warm, fatherly pat on the head.

It was a tough night for the 28-year-old coach, but Wednesday's Asian Champions League match was historic nonetheless as Chan became the first woman to lead a professional men's soccer team in a continental competition.

Chan was making her debut in the tournament with Hong Kong champion Eastern SC while Scolari, who led Brazil to the 2002 World Cup title, took over at Chinese club Guangzhou Evergrande in 2015 and led them to the Asian Champions League title that same year.

Eastern got into trouble early on Wednesday, and then things got worse.

Wong Tsz-Ho was sent off for handball in the third minute and Wong Chi-chung was given a red card in the 34th, forcing Eastern to play most of the Group G match with only nine men.

Wang Shangyan and Liao Lisheng scored two goals each for the two-time champions, while Ricardo Goulart, Alan and Paulinho added the others.

In three matches played in Australia this week, the home teams failed to score a goal.