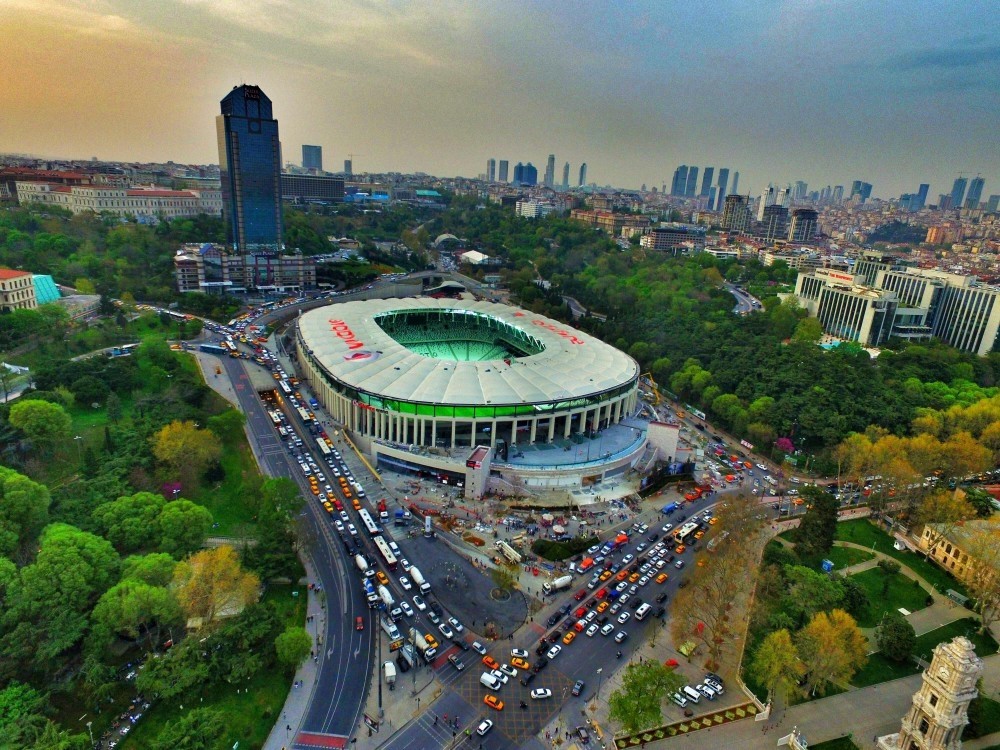 Beu015fiktau015f opened their new stadium, the Vodafone Arena, which is among the most modern stadiums in the world, on Apr. 10, 2016.
by Daily Sabah Feb 22, 2017 12:00 am
A total of 29 stadiums in 21 countries will be up for the "Stadium of the Year" title in the seventh edition of the award given by Stadiumdb.com. Turkey's four new stadia were among the candidates while one of the favorites in public polls, Russia's Krasnodar Arena was built by a Turkish construction firm.

Yeni Eskişehir Stadyumu, Vodafone Arena, Sivas Arena and Şenol Güneş Stadyumu all made the award's shortlist. Though some of them were yet to have their presentations updated or added to StadiumDB, they were expected to be ready before the voting ended.

Public voting began on Jan. 31 and will continue until March 4, running simultaneously with jury votes, where renowned architects from four countries will evaluate the stadiums. Winners in both categories will be announced on March 6 (jury vote) and March 7 (public vote).
Last Update: Mar 01, 2017 10:27 am
RELATED TOPICS