Frankfurt's Russ back after cancer battle 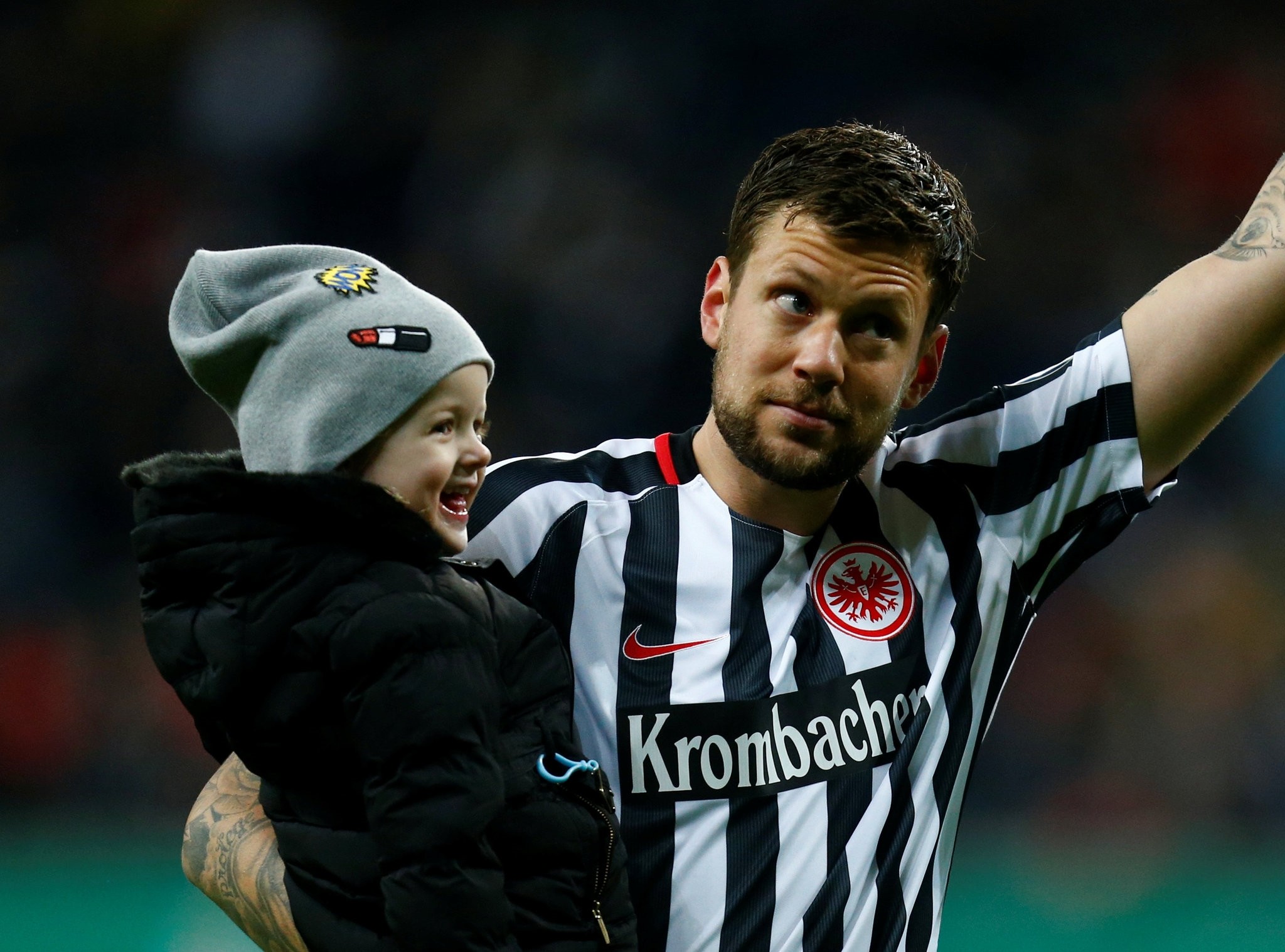 Eintracht Frankfurt defender Marco Russ made his return to soccer after cancer treatment on Tuesday as his side reached the German Cup semifinals, while Borussia Dortmund's quarterfinal was called off due to heavy snowfall.

Russ, who was diagnosed with testicular cancer after a tumor was found last May, came on in injury time to help Frankfurt hold on to edge second-division Arminia Bielefeld 1-0 at home.

Dortmund's game at third-tier Sportfreunde Lotte was postponed with no new date immediately announced. The pitch at the 10,000-capacity stadium was already in a bad condition from heavy rainfall - Lotte's league game against Chemnitzer FC had been called off at the weekend - and referee Felix Brych felt he had no option.

"The pitch is totally soaked. There was a lot of rain in the night and the heavy snow-shower before the game on top of it. Both teams accepted the decision," Brych said.

Danny Blum's early strike was enough for Frankfurt to reach its first semifinal for 10 years, though all the talk afterward was of Russ, who ensured the game ended on a high note when he came on to a huge reception from the home fans.

"It was a very emotional moment for me," said Russ, who was hugged by his tearful wife and grabbed around the leg by his little daughter on the pitch after the game. "It was a long time, a hard time," the 31-year-old said of his 285-day absence.

Frankfurt pledged its support throughout his illness, extending his contract by two years while he was undergoing treatment.

"I knew Arminia would throw everything forward so I needed a good header of the ball. That's why I brought Marco Russ on. An emotional evening for us all," Frankfurt coach Niko Kovac said.

It took until midway through the first half for Bielefeld to get into the game with the home side dominating possession.

Michael Hector missed the chance to head into an unguarded net for Frankfurt, 10 minutes before the break, and Frankfurt 'keeper Lukas Hradecky was by far the busier of the two after it, with his saves effectively securing his side's progress.

"Of course I'm happy to reach the semifinals, thanks too to an outstanding goalkeeping performance," Kovac said.

The German football federation said Dortmund's game will take place "as soon as possible" with a new date to be announced on Wednesday. March 14 is mooted.

"No offense to Lotte, but if you've seen the grass over months you must say that the grass is kaput that it won't be better in the next weeks either," Watzke said.

Hours beforscfe, Dortmund's team bus got stuck at the stadium and had to be freed by a tractor. No players were on board at the time.