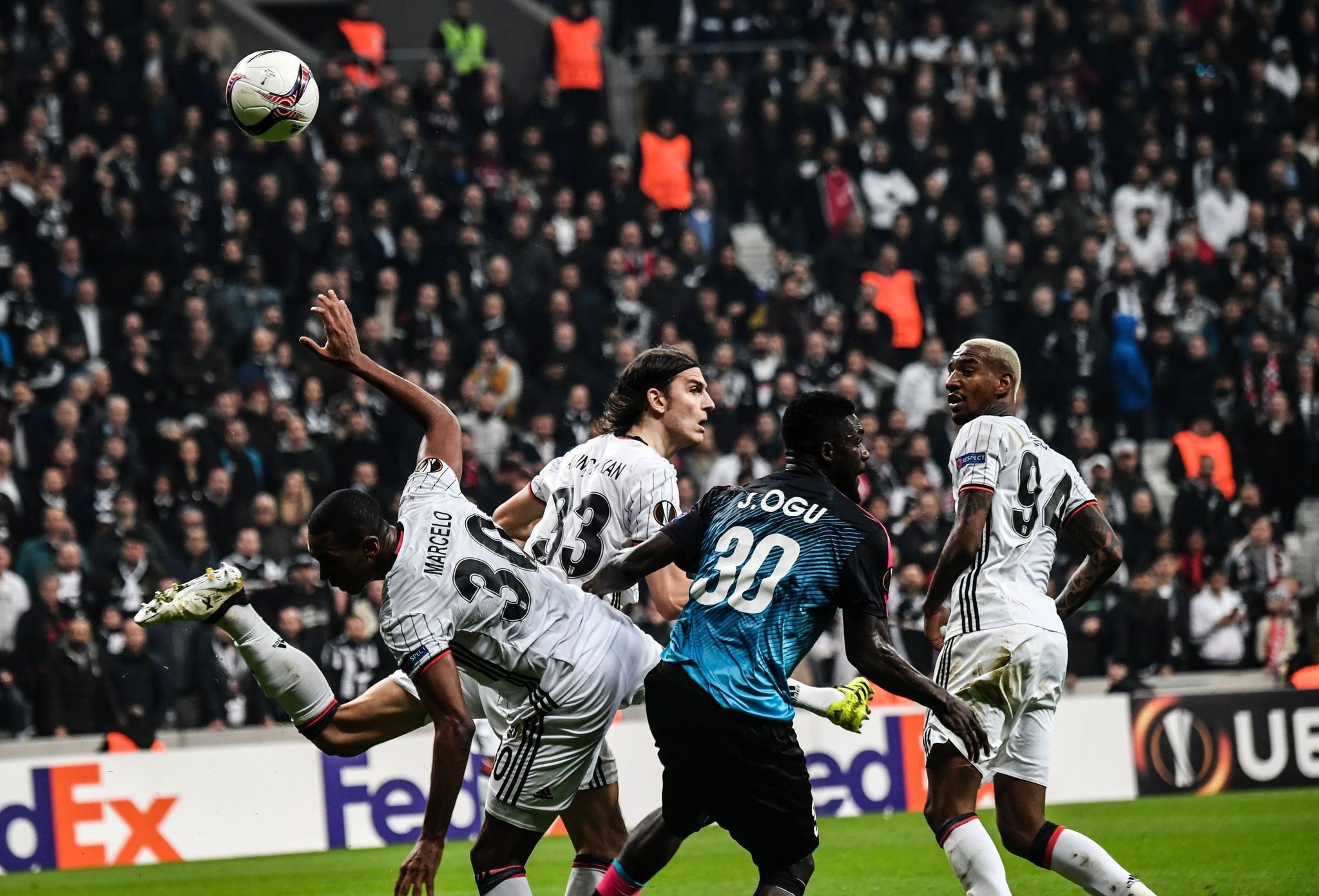 No visiting fans will be permitted to attend the UEFA Europa League's Round of 16 matches between Istanbul's Beşiktaş and Greece's Olympiacos, the Turkish club announced on Wednesday.

According to the statement released by Beşiktaş, Olympiacos officials extended their request for banning the visiting team's fans to UEFA due to security reasons.

The teams later took the joint decision of not allowing away fans in a bid to avoid crowd trouble at the games in Athens and Istanbul on March 9 and 16, respectively.

Beşiktaş said the decision was in line with recommendations from the UEFA.

On Monday, UEFA fined Beşiktaş with 60,000 euros ($63,500) for "crowd disturbances" and setting off fireworks at a Champions League match against Dynamo Kiev. Beşiktaş fans also caused damage inside the Olympic Stadium in Kiev.

Olympiacos advanced to the last 16 by eliminating another Turkish league side, Osmanlıspor FK.

Turkish title-holders Besiktaş are currently unbeaten in seven home matches they played in European competitions this season, including the UEFA Champions League.

The nearest Beşiktaş came to lifting a major European honor was reaching the UEFA Cup's final eight in the 2002-03 season and the European Cup quarterfinals in the 1986-87 season.