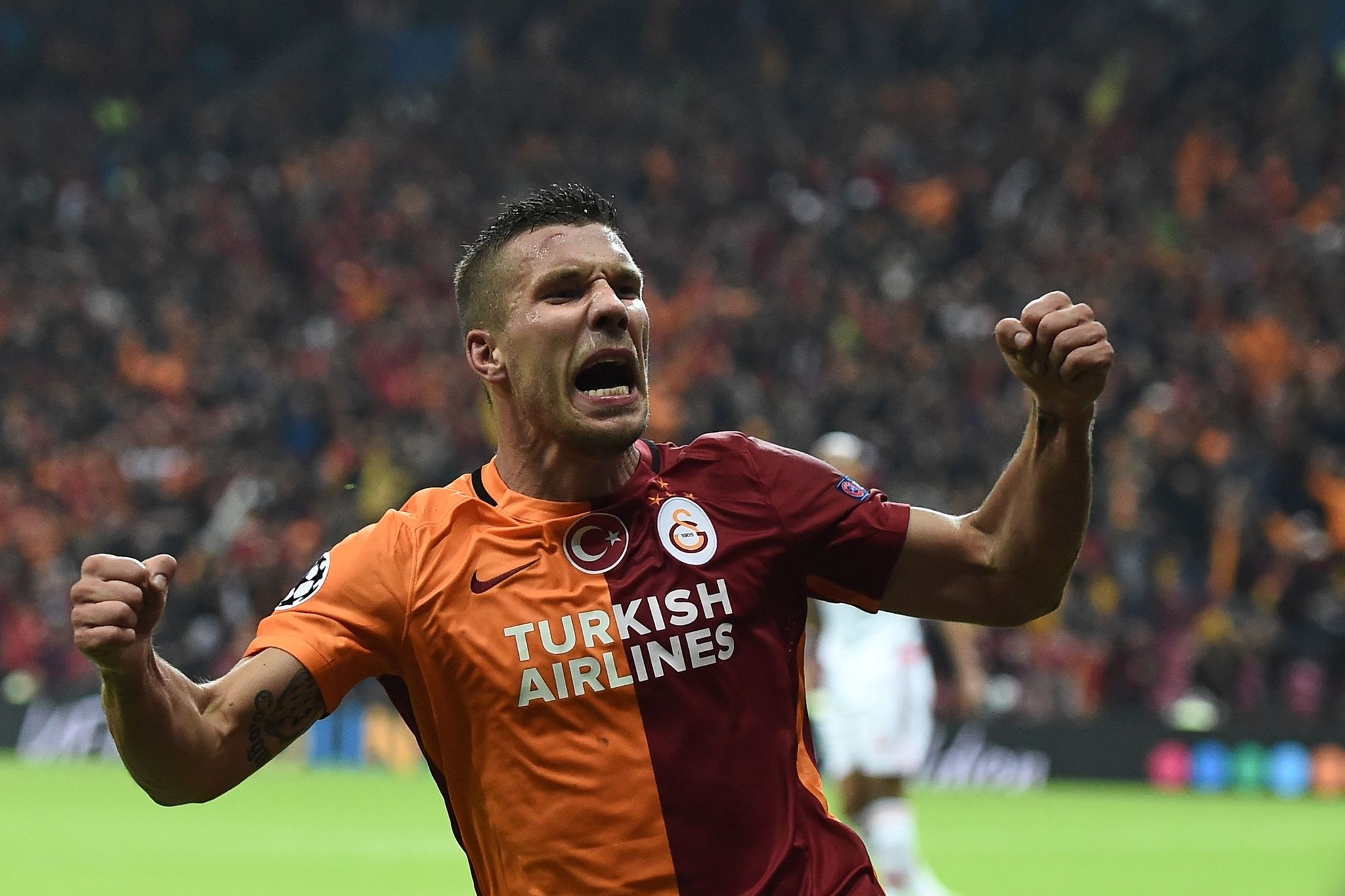 Galatasaray announced on Thursday that German striker Lukas Podolski is leaving the team to join Japan's Vissel Kobe at the end of the season.

Podolski, who had initially been linked with China's Beijing Guoan of Galatasaray's former striker Burak Yılmaz, confirmed the deal via Instagram and said the decision had nothing to do with Galatasaray but it was rather a step he had to take for a new challenge.

"Right now my only focus is helping Galatasaray and our fantastic fans!" he said.

Podolski started out at Cologne, later played for Bayern Munich and Arsenal, and also scored 48 goals for Germany in 129 games during three World Cups. He later announced his international retirement in August 2016.