Luis Enrique to leave Barca at end of season 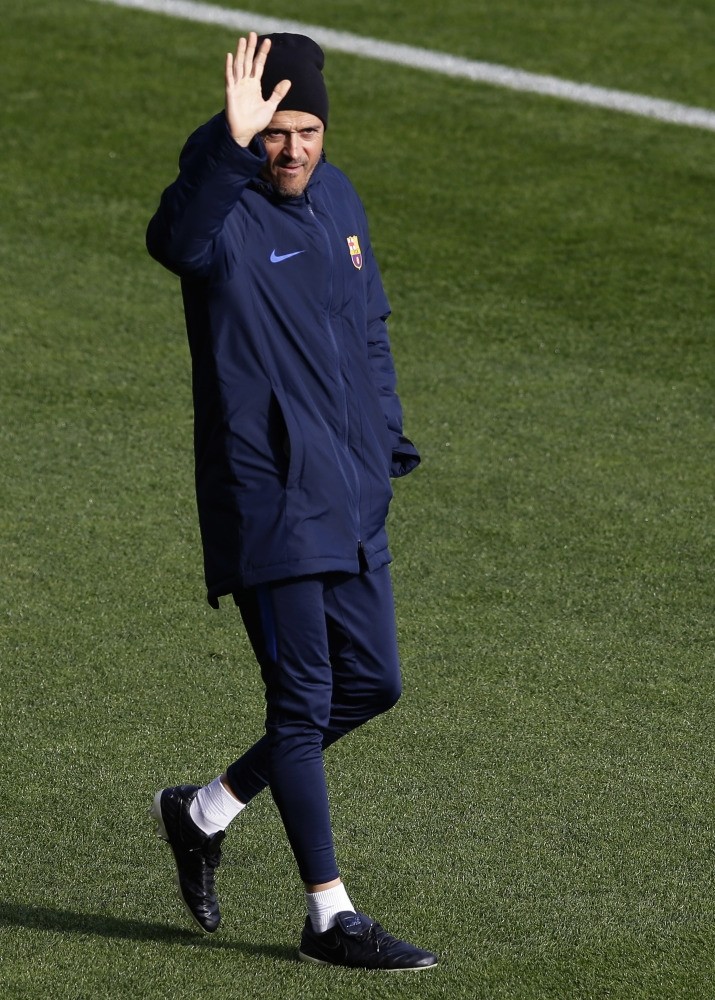 The Luis Enrique era at Barcelona will end this season. The coach said he will leave the Spanish champions to get some rest after three years in charge. He made the surprise announcement following the team's 6-1 win over Sporting Gijon in the Spanish league.

"I need to rest," Luis Enrique told the post-match news conference. "I won't be the coach of Barcelona next season.

"It was a very difficult decision for me, very well-thought out," the 46-year-old former Spain international said. "The reason clearly had to do with the way of life I need to have in this profession, constantly having to find solutions, constantly trying to improve my team. That means very little time to rest, very little time to disconnect. After this season it will be good for me to get some rest."

The news was first given to the players in the locker room after the game at the Camp Nou.

"He told us about his decision and we have to accept it," midfielder Ivan Rakitic said. "We want to finish the season with victories and enjoy what's left of it."Luis Enrique said he told the club during the pre-season that he was considering not returning after his contracted expired at the end of this season.

Barcelona president Josep Bartomeu said the coach confirmed his decision to leave a few days ago.

"We accept Luis Enrique's decision. He has been a great coach. Now we have to finish the season the best possible way," Bartomeu said. "Luis Enrique has helped us succeed, and he can still help us. The players are motivated to make sure that happens."

Luis Enrique won eight titles with Barcelona and still has the chance to win three more before leaving - the Spanish league, the Copa del Rey and the Champions League.

Barcelona is in a tight race for the league title with Real Madrid and reached the Copa final against Alaves. But it must reverse a 4-0 first-leg loss to Paris Saint-Germain to stay alive in the knockout stages of the Champions League. The humiliating loss in the Round of 16 to PSG last month left the coach under pressure from fans and local media. He was jeered by the crowd at the Camp Nou in a league game shortly after the defeat in Paris.

A former defensive midfielder at the Catalan club, Luis Enrique replaced Gerard Martino ahead of the 2014-15 season. He immediately led the team to the treble in the Spanish league, Copa del Rey and Champions League. He also helped it win the league and the Copa in the 2015-16 season. His other titles with Barcelona include the 2015 UEFA Super Cup and the 2016 Spanish Super Cup, as well as the 2015 Club World Cup.

"It's been three unforgettable years," Luis Enrique said. "We have three thrilling months left and we will continue to give our best."
RELATED TOPICS