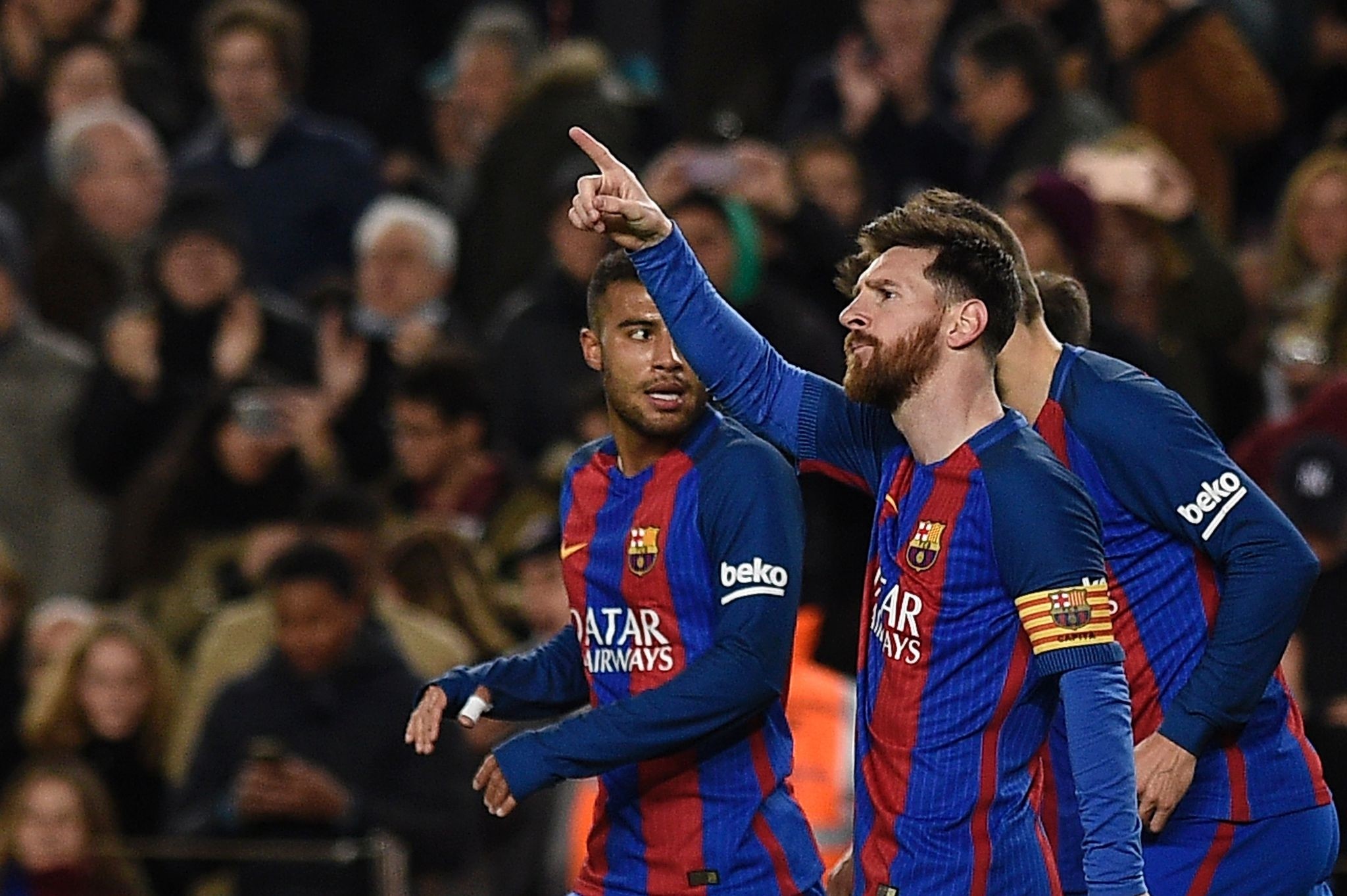 Barcelonau2019s Argentinian forward Lionel Messi celebrates after scoring a goal during the Spanish league football match Barcelona vs Celta Vigo at the Camp Nou stadium.
by Mar 06, 2017 12:00 am
Barcelona's hopes of clawing back a 4-0 deficit to Paris St Germain in the Champions League may look like a lost cause to some but coach Luis Enrique says he has an "unbreakable faith" that the Spanish side can turn the tie around.

Barcelona's 5-0 victory over Celta Vigo in La Liga on Saturday was their fourth straight win since that embarrassing last 16 first leg defeat in Paris last month.

Luis Enrique told reporters after the Celta game that Barca possessed the capabilities to become the first side to overturn a four-goal deficit in the Champions League when they host PSG in the second leg on March 15.

"I've naturally been thinking about the tie for a long time, it wasn't normal that they beat us so easily but our objective is to show that we're the best team and can turn it around in 90 minutes," he said.

"I have unbreakable faith that we can win the tie. We're going to risk everything, we want to create an atmosphere in which the fans will help us even more than they normally do."

Celta were the last team to beat Barcelona in the league but a brilliant solo goal from Lionel Messi midway through the first half lifted the home side's confidence and killed off an real hopes the visitors had of pulling off another shock.

The Argentine rounded off the scoring with another classy individual run and finish after goals from Neymar, Ivan Rakitic and Samuel Umtiti had stretched Barca's lead.

Home fans are already turning their attention to the PSG game, unfurling banners reading: "We'll turn it around" and chanting, "Yes we can".

"The fans really appreciate this team whether they win or lose, we've never shown a lack of attitude and that means the fans believe the comeback is possible," added Luis Enrique.

"I think we've hit top form ahead of a really difficult tie but we're going to have a chance to go through.

"It looks like a lost cause but if we do things well who knows what could happen? We're going to keep trying until the last minute."