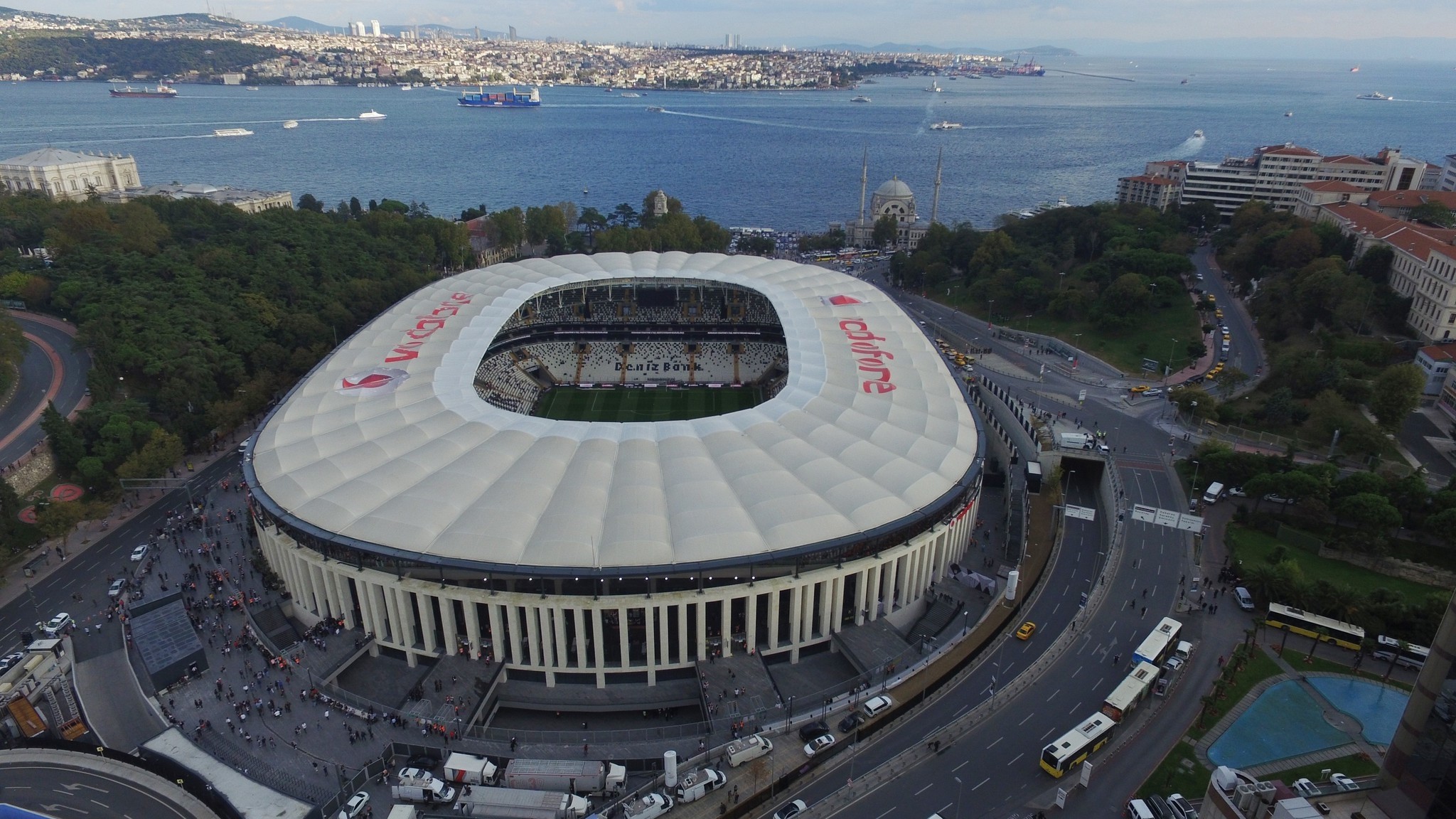 by Daily Sabah Mar 09, 2017 12:00 am
Beşiktaş's new stadium, Vodafone Arena, has been named Stadium of the Year in this year's public vote held on stadiumdb.com. The Vodafone Arena went head to head with Stadion FK Krasnodar, which was built by a Turkish construction firm.

They were both ranked highly by voters regardless of their nationality and the two stadiums enjoyed significant support from Russia and Turkey, respectively. In the end, the Vodafone Arena came out on top, but just slightly, with 102,251 points. "If we were to see them tie in the end, we probably wouldn't even mind naming both these stadiums Stadium of the Year. But despite meeting at the same number of points several times, the 'Turkish Coliseum' won with its Russian competitor," Stadiumdb.com said.

The website also said, the Vodafone Arena is listed as the second best stadium of 2016 according to their jury. The jury members chose the London Stadium as the best stadium in the world and the Vodafone Arena second. Along with the Vodafone Arena, three other stadiums in Turkey found a place in the top 10 list in the public vote: Trabzonspor's Şenol Güneş Stadium, the New Eskişehir Stadium and the Sivas Arena. The seventh edition of the Stadium of the Year took place between Jan. 31 and March 7, 2017.

The competition consisted of two simultaneous votes: the public vote, open to everyone, and the jury vote with five experts casting their votes. The public vote saw the second highest turnout ever with 82,826 people from over 100 countries taking part. The most represented countries were Turkey (11,894 votes), Russia (8,400), France (8,135), Uruguay (7,030) and the U.S. (4,651).

The 10 best stadiums according to the public