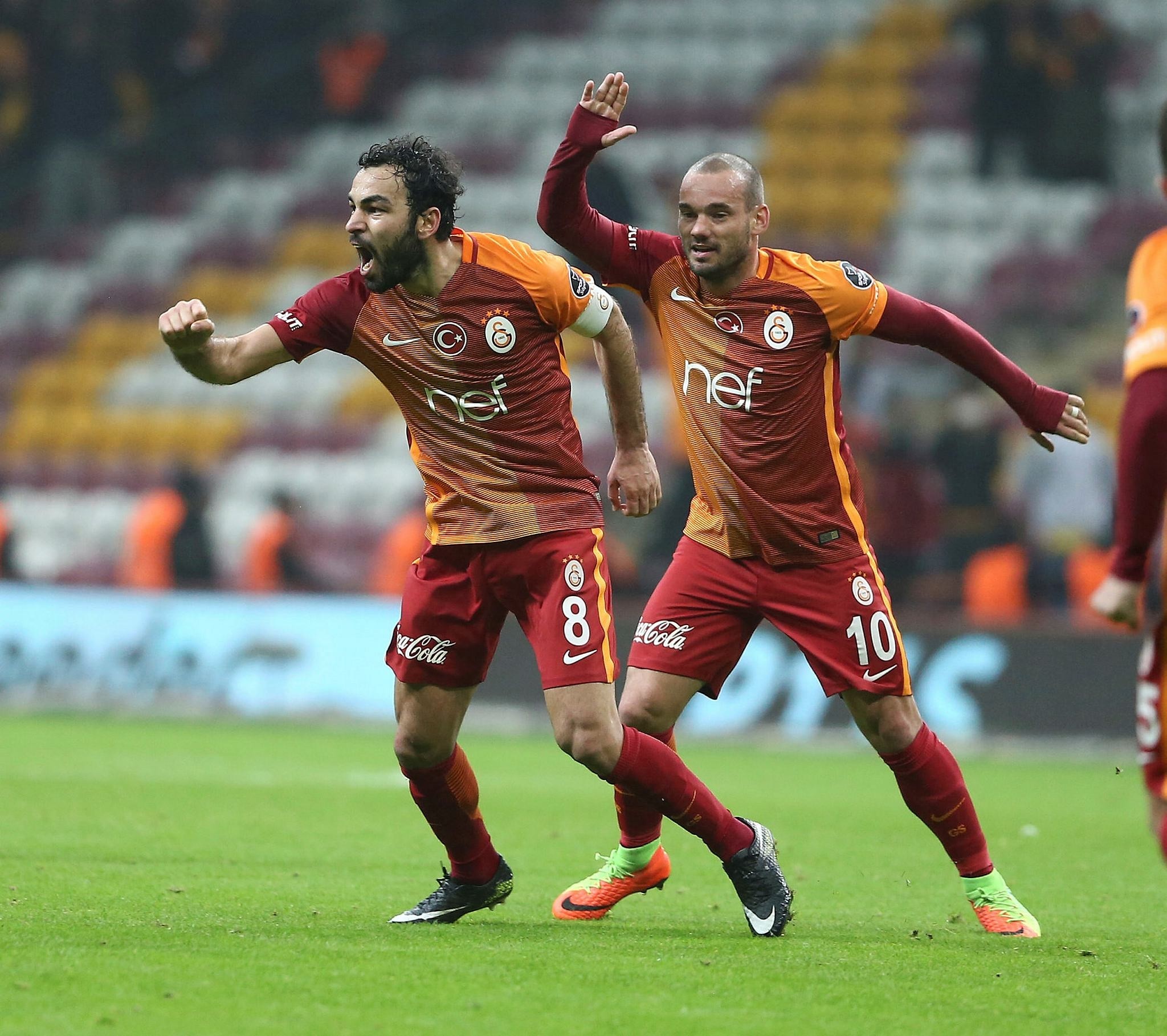 Dutch star Sneijder and Selu00e7uk u0130nan celebrate the goal in extra time.
by Hakan Baş Mar 13, 2017 12:00 am
With Galatasaray boosting their morale after two consecutive wins against Antalyaspor and Gençlerbirliği, the Yellow-Reds brace for a tough series of matches in the next four weeks. The Lions' performances this year have been up and down, but they managed to win against Antalyaspor and Gençlerbirliği with last-minute goals in two 3-2 wins.

Now they face four difficult rivals against whom they lost nine points in the first half of the Spor Toto Super League. Galatasaray will take on Trabzonspor, Adanaspor, Medipol Başakşehir and their archrivals Fenerbahçe in this period. In the matches in the first half of the season, they lost 1-0 against Trabzonspor, defeated Adanasppor 1-0 before they were stunned by Medipol Başakşehir 2-1 and Fenerbahçe 2-0.

After the assignment of new coach Igor Tudor, they drew with Çaykur Rizespor 1-1 in an away match and in the next week, they were defeated by archrivals and title defenders Beşiktaş 1-0. Although they remain far behind leaders Beşiktaş in the title race they are pinning their hopes on participating in the Champions League next year, placing extra importance on the next four games. Galatasaray will go to Trabzon in the 25th week and after that they will host Adanaspor. Then they go to Medipol Başakşehir's ground in the 27th week before they take on Fenerbahçe at Türk Telekom Arena.
RELATED TOPICS