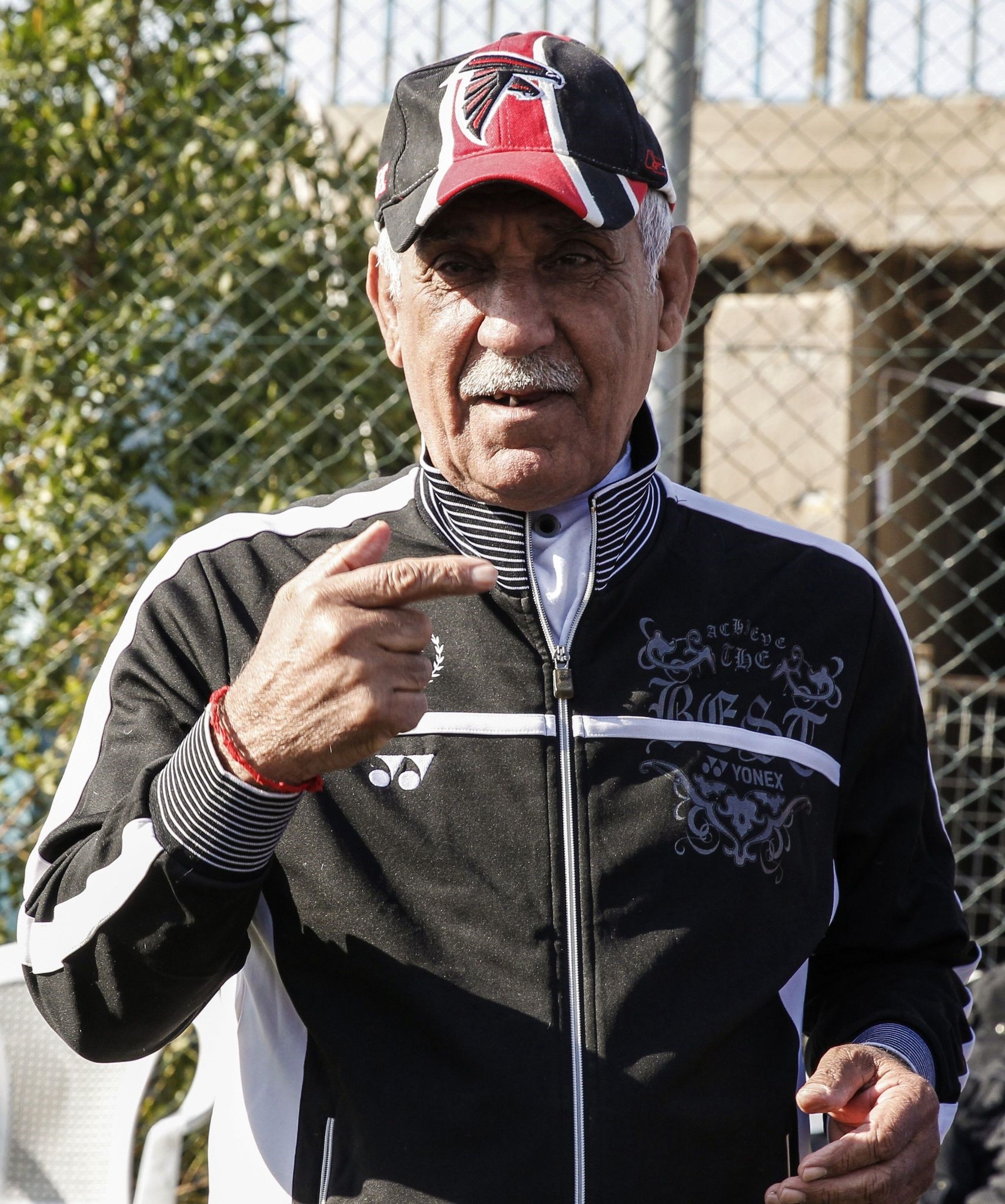 by Mar 13, 2017 12:00 am
Kadhim Flayeh taps three fingers on his watch. It's the sign for kick-off: One of Iraq's top football coaches has lost his voice. Cancer forced the 57-year-old to have his larynx removed last year, but it did not stop him from coaching Baghdad's Air Force Club youth team. Sometimes he communicates using an electro-larynx, a small device whose vibrations produce a synthetic voice. When that becomes uncomfortable, he resorts to writing on paper, letting an assistant read out his instructions.

"Sometimes a look is enough to put across what I want to say," he says.

But on the pitch, hand signals are key.

"I use sign language to tell the players what to concentrate on during training and matches," he says. Coaching the Air Force Club youth team since 1998, Flayeh has become one of the most popular coaches in Iraq. Local media call him "the star scout," a name he has earned by training some of the top names in Iraqi football. But that has not prevented the club from facing financial crisis.

"The players have continued their training without getting paid, and I haven't received my salary (about $400, 380 euros) for two months because of the club's financial situation," he says.To restore his voice, he would need a $50,000 (47,000 euro) operation in Germany - but he says that is beyond his means. But players say the club's financial difficulties and Flayeh's illness have strengthened the relationship between the young recruits and their coach. His players call him "the inspirer."

"Our trainer's patience with his health problems and his determination to work increases our determination too, and it makes us want to tackle all the obstacles the team is facing."
RELATED TOPICS