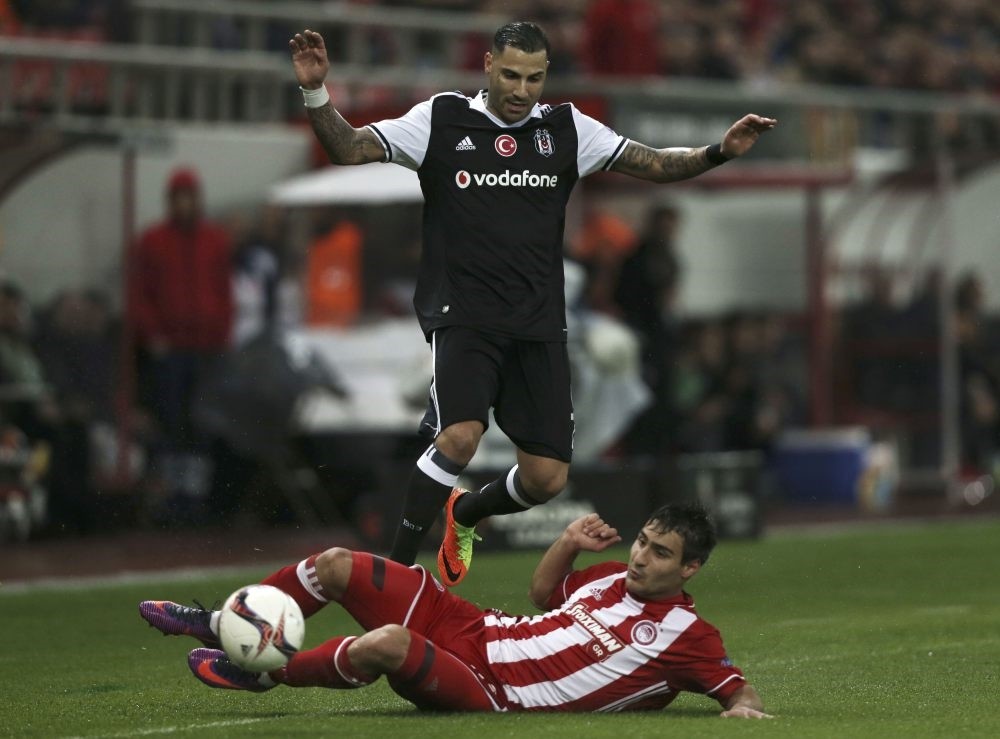 The Eagles, unbeaten in seven European home fixtures, will take on their Greek rivals with an away goal advantage from last week's first leg match that ended in a 1-1 stalemate

Last week, Beşiktaş hit back after going behind to draw 1-1 at Olympiacos, and may feel they should have done even better as they prepare for the second leg of their round of 16 decider.

Vincent Aboubakar capitalized on a poor clearance to earn Beşiktaş the draw, leaving the Turkish side with a nominal advantage as they stage the last-16 return fixture.

The teams met for the first time in UEFA competition in the first leg, but had actually been drawn together in the preliminary round of the 1958-1959 European Champion Clubs' Cup.

Olympiacos had withdrawn due to political problems between Greece and Turkey, with Beşiktaş progressing to the first round (where they lost to Real Madrid).

The clubs have contested friendly games for the last two summers; Olympiacos won 2-1 in 2015, before Beşiktaş triumphed 1-0 in August 2016. Beşiktaş drew both of their previous UEFA matches with Greek sides: 1-1 at home and 2-2 away against Asteras Tripolis in the 2014-2015 UEFA Europa League group stage.

Olympiacos have played six games against Turkish teams in UEFA competition with the record: W2 D2 L2 (W1 L2 in Turkey). In the round of 32 against Osmanlıspor the Greek side prevailed 3-0 in Turkey after a goalless home draw.

As Beşiktaş and Olympiacos prepare to faceoff this will be the second time the reigning champions of Greece and Turkey will meet in UEFA competition, following Galatasaray's 1-0 home victory over Olympiacos in the 2008-2009 UEFA Cup group stage.

Beşiktaş are unbeaten in seven European home fixtures: two wins and five draws while Olympiacos have lost just one of their last five European away matches (W3 D1 L1). The nearest Beşiktaş have come to lifting a major European honor was reaching the last eight of the UEFA Cup in 2002-2003 as well as the European Cup quarter-finals in 1986-1987.

Olympiacos are in the round of 16 for the first time since 2011-2012, having fallen at their first springtime hurdle in the last four seasons. They have never made it to the last eight in this competition but advanced to the quarter-finals of the European Cup Winners' Cup in 1992-1993 and the UEFA Champions League in 1998-1999.

Beşiktaş and Olympiacos are also among four domestic champions in the round of 16 along with APOEL and Kobenhavn.

Beşiktaş coach Şenol Güneş famously guided Turkey to third place at the 2002 FIFA World Cup. A goalkeeper who spent the majority of his playing career with home-town club Trabzonspor, Güneş led Beşiktaş to the 2015-2016 Turkish championship in his first term in charge.

Meanwhile, on March 6, Olympiacos parted company with Paulo Bento after six months at the helm. Youth Coach Vasilis Vouzas, 50, has stepped up on an interim basis, with Ariel Ibagaza and Tasos Pantos assisting. The first leg draw against Beşiktaş was his first match.