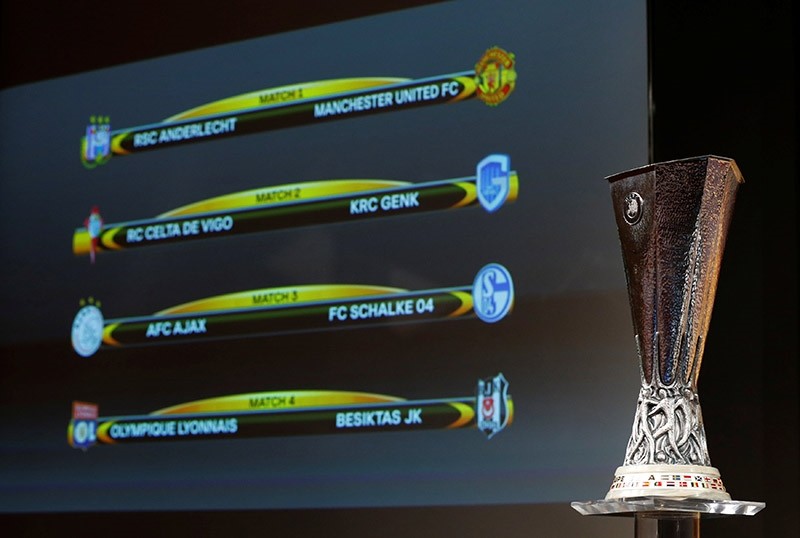 Beşiktaş, who overcame Olympiacos in the pick of the last-16 ties, will face French rivals Olympique Lyonnais in a tie between the only remaining sides to enter the competition via the Champions League. The first clash of the two-leg match will take place in Lyon's Park Olympique Lyonnais on April 13. The second leg will be played in Istanbul's Vodafone Arena on April 20. Beşiktaş progressed to the quarter-final stage by beating Greek side Olympiacos 5-2 on aggregate.

Ahmet Nur Çebi, Beşiktaş vice-president said, "We have to eliminate Lyon to continue on our way. I am not pessimistic. Beşiktaş is a very strong team. Two top-class teams have been paired with each other. These will be entertaining matches. I am sure that Lyon is also saying: 'How on earth have we got Beşiktaş - why did we get them?' They will not be happy either. It's an early final. Getting this far was not easy. It's the result of a five-year strategy. The return leg will be at home. You know our fans are our 12th player. They will handle this matter."

The Istanbul giants have scored 10 goals in the last two rounds of the Europa League, five in total against Hapoel Beer-Sheva in the Round of 32 and five against the Greek champions. The Eagles will play a Europa League quarter-final for the first time since 2003 and it will be their third last-eight clash in European competition. Lyon booked a place in the quarter-finals after knocking Roma out of the competition at the Last 16 stage.

Also Friday, Ajax were drawn to host Schalke first in a pairing of the two other former winners, while Manchester will meet Anderlecht and Celta Vigo were drawn against Genk. United, who have never won the competition, will travel to Belgium on April 13 for the first leg against the 1983 UEFA Cup champions. The return match in Manchester will be on April 20.

United's Manager Jose Mourinho complained about the congested schedule on Thursday, saying his team shouldn't have to get back on the field early on Sunday after playing in the Europa League on Thursday night.

"They simply don't care," Mourinho said after United reached the Europa League quarterfinals by beating Rostov 1-0. "In other countries they try to do that little support to the teams in Europe. But here it is difficult. We go Sunday at 12:00 p.m. Why? Why us? So it's going to be even more difficult for us."

United played in the FA Cup on Monday, losing to Chelsea. They then had to play Thursday in the second leg of the Europa League. And the team now has only Friday and Saturday off before and an early wakeup call on Sunday to face Middlesbrough in the Premier League.

"We should be the last team to play in the weekend, it is as simple as that," Mourinho said. "We should play Monday. Or we should play the last match on Sunday. Not 12:00 p.m. At least let us sleep a little bit on Sunday, right?"

United are in sixth place in the Premier League with 49 points, six points behind fourth-place Liverpool and the coveted Champions League places.

The final is scheduled for May 24 in Stockholm, Sweden. The winner will earn a Champions League place next season. Jose Mourinho's side are the only English club left in the competition after labouring to a 2-1 aggregate win over Russian side FC Rostov in the last 16.

Here are all Europa League quarterfinal fixtures after Friday's draw at UEFA headquarters in Nyon, Switzerland:

Final: May 24 at Solna, Sweden