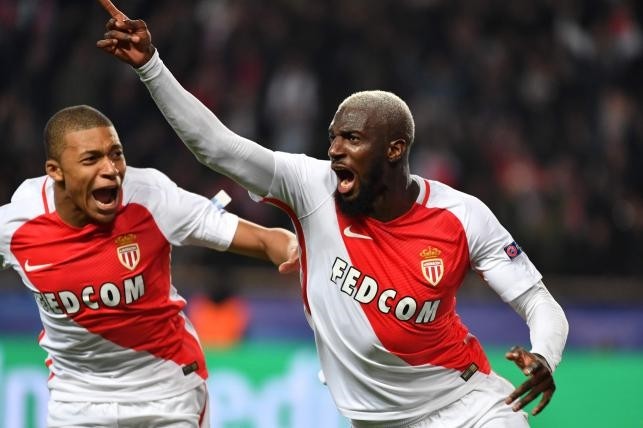 With just eight teams left in pursuit of the UEFA Champions League trophy, the draw for the quarter finals will take place today

With the Round of 16 matches coming to an end last week, the roster for this season's UEFA Champions League quarter-finalists featured six heavyweights, namely, Atletico Madrid, Barcelona, Bayern Munich, Dortmund, Juventus, and Real Madrid while the two others being underdogs Monaco and surprise package Leicester City.

The most interesting sight will be again Leicester's miracle march in the last eight. After shocking the English football world last season, Leicester City are now trying to pull off the improbable in Europe.

A 2-0 win over Sevilla on Tuesday sent the Foxes into the Champions League quarter-finals 3-2 on aggregate. It came against the backdrop of failing miserably to match last season's Premier League success and the sacking of manager Claudio Ranieri, the architect of that miracle.

"It is incredible, I can't believe it," captain Wes Morgan, who scored the opening goal, said after the match. "We didn't expect to get this far. We have proved everyone wrong and done the impossible again."

A disastrous season in which Leicester teetered near the relegation places led to Ranieri's dismissal, following the 2-1 first-leg loss to Sevilla three weeks ago. Assistant Craig Shakespeare took over and has led a revival with back-to-back league wins to put a little distance between the Foxes and the drop zone.

But, when Gianluigi Buffon was asked which team he would like to avoid in the draw for the Champions League quarterfinals, the Juventus goalkeeper went for competition's big outsider.

"Leicester," the Italy great said, "because it is a dangerous team, a team which will have enthusiasm, a team which has the weapons to cause trouble for teams who want to take the initiative."

"Against Leicester," Buffon added, "there would also be everything to lose."

Monaco are the other team to fear when the Champions League draw is held. That's the view of coach Leonardo Jardim, the architect of a staggering attack that has scored 126 goals this season.

They topped up the goal tally on Wednesday night, beating Manchester City 3-1 to reach the last eight on the away goals rule after losing 5-3 in the first leg of their Round of 16 match.

Monaco advanced despite missing its 24-goal top scorer Radamel Falcao through injury and its best defender Kamil Glik through suspension.

City coach Pep Guardiola lamented the fact that his side had failed to compete in the first half.

"At this level, you have to play more than 45 minutes," Guardiola said. "The gap between the first and the second halves is there."

Hired to turn Manchester City into true European heavyweights, Pep Guardiola failed just like those before him. It ended Guardiola's proud record of reaching at least the semi-finals for the past seven seasons with Barcelona and then Bayern Munich, while City became the first club to exit the competition having scored five goals in the first leg. Hardly the way Guardiola, twice a winner as manager of a world-beating Barcelona side, wanted to celebrate taking charge of his 100th match in European competition.

On the other hand, Atletico Madrid coach Diego Simeone lauded his side's determination to keep making their mark on the Champions League after they reached the quarter-finals for a fourth consecutive season.

Simeone's men have lost out in the final to cross city rivals Real Madrid in two of the past three seasons. However, they have another shot at Champions League glory as a 0-0 draw with Bayer Leverkusen on Wednesday sealed their place in Friday's draw 4-2 on aggregate.

"Firstly there is joy," said Simeone. "It shows the great effort the club and, above all, the players have made in the way they have competed and given their heart and soul in the past four years. Everyone has done their bit to be among the top eight teams in Europe."
RELATED TOPICS