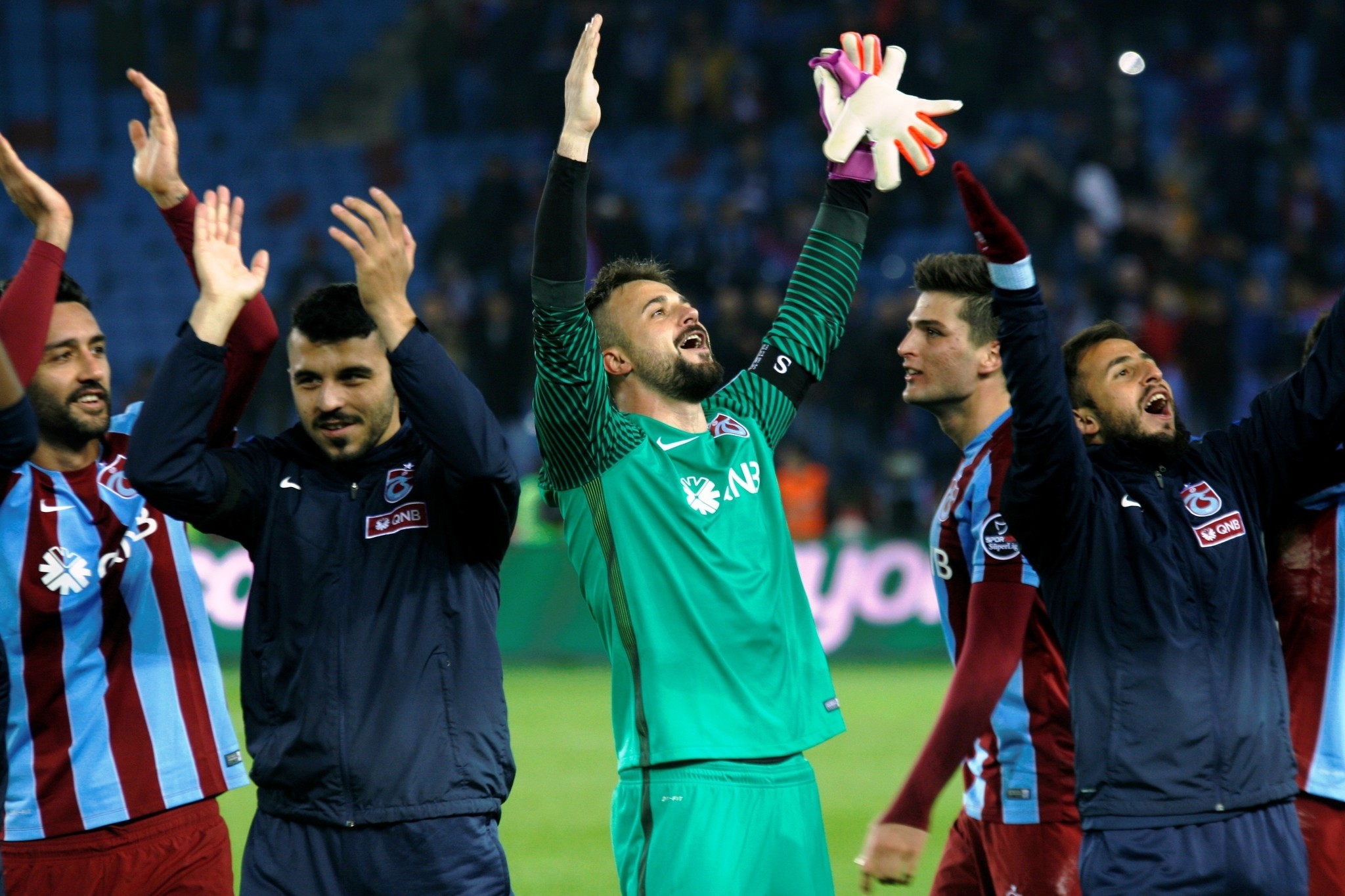 Trabzonspor's incredible rise was well complemented by Saturday night's win, when they cruised past Galatasaray in Trabzon.
by Hakan Baş Mar 20, 2017 12:00 am

Trabzonspor's dream run in the second half of the Spor Toto Super League this season continues after they stunned Turkish powerhouse Galatasaray with a convincing 2-0 win on Saturday. The Black Sea side have made a tremendous comeback and are yet to lose a match in 2017

Turkish football fans witnessed another Trabzonspor miracle on Saturday as they continued their incredible turnaround this season. Leaving behind the nightmare of some lackluster performance, in the first half of the season, they have now won eight of their 11 official matches and drew three. In the process, they have hit the net an incredible 16 times, while conceding just three.Their incredible rise was well complemented by Saturday night's win, where they cruised past Galatasaray in Trabzon. Taking a look at Trabzon's point tally, the transformation is evident. They have 11 more points on the 25th week than last season, and have collected more points than any other team in the second half of the league. They have now bagged 23 points in just nine matches, compared to 18 out of 16 matches in the first half of the season.

The barometer of Trabzonspor's performance soared with the inauguration of their new temple Medical Park Arena, a 40,000-capacity stadium. Their title-hopes next season is set to get some boost, as they will celebrate the club 50th anniversary next year.

Club Chairman Muharrem Usta said, "Trabzonspor can manage. But, actions speak louder than words. We must work really hard and our fans should support us as they have! So, Trabzonspor are on the right track. Our plans are working."

Meanwhile, Trabzonspor, in their match against Galatasaray broke records, after 33,809 attendees flocked to watch the first big encounter in their brand new stadium.

Trabzonspor head coach Ersun Yanal, who is spending his third term in the club said, "This team will compete for title. It requires just a little more patience. We have a lot of work to do. We have taken some important steps to achieve our mission."

On the other hand, things were not going well for Galatasaray's new coach Igor Tudor, who left Karabükspor for the Lions in the middle of the season.

"We congratulate Trabzonspor on their win. We could not utilize the positions we had. We have problems which stem in the past. We have to solve these problems. That's our situation now."

Meanwhile, Trabzonspor's star midfielder Olcay Şahan said, "The next season will be very different. I want to thank my coach Ersun Yanal for giving me the opportunity to experience these successes. Also, I thank our fans for a full stadium. We are preparing for even bigger achievements next season."

Super League will go on a break next week for some international matchup. Turkey's national football team will take on Finland in World Cup 2018 Qualifications match, in Group I's fifth match on March 24. They will then face Moldovia on March 27 in a friendly. Ahead of the games, the national team will attend a conditioning camp in Antalya this week.
RELATED TOPICS