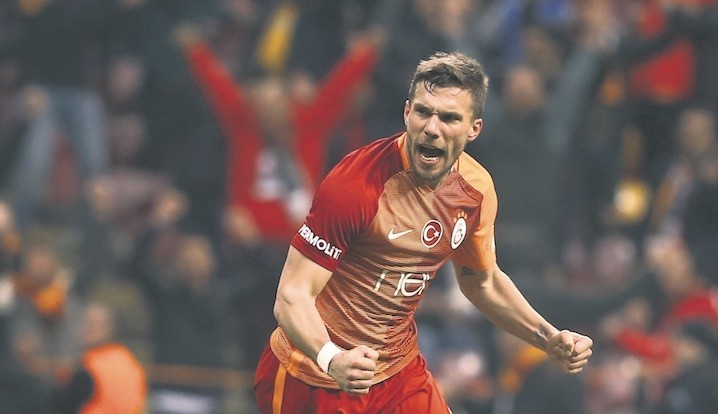 Podolski, who retired from international football last year, has been called up for a farewell appearance.
by French Press Agency - AFP Mar 22, 2017 12:00 am

World champions Germany host England in a prestige friendly in Dortmund today with both coaches primed to give youth its head for one of football's great rivalries. The friendly will see forward Lukas Podolski, who retired from international football last year, make his 130th and final appearance for the national team. Germany have struggled to settle on a striker to replace all-time top-scorer Miroslav Klose, who scored 71 goals in 137 internationals, and retired after they won the 2014 World Cup in Brazil.

"I do wonder where the next Miroslav Klose is?" Germany's head coach Joachim Loew asked a year ago before adding Klose to his coaching staff.

"Where is the striker, who plays in the middle, who is quick, has a strong header and is dangerous in front of goal?"

Loew believes he has his answer and wants to blood Werner with one eye on June's Confederations Cup in Russia. The 21-year-old fleet-footed striker drew the attention of Loew, and Liverpool, according to reports, with a series of dynamic performances and has so far bagged 14 goals for Leipzig in their first Bundesliga season. Loew says Werner has the potential to be world class and will test his rising star against the Three Lions. Werner admitted he nearly crashed his car when the Germany call-up came.

"If I play in my first international, it will be an honor."

As Loew breaks in a new striker, he will be waving goodbye to Galatasaray's Podolski. The international friendly against Southgate's Three Lions in Dortmund doubles as swansong for Podolski, who retired from international football last year, but has been called up for a farewell appearance. The 31-year-old has scored 48 goals in 148 appearances for Germany, but has not held down a first-team place since the Euro 2012 finals. Loew is likely to start with Mario Gomez, who has scored for Wolfsburg in his last three games, with RB Leipzig's Werner either alongside him or coming off the bench with Podolski on the wing.

Loew will experiment in Dortmund, then name a full-strength side for Sunday's 2018 World Cup qualifier against Azerbaijan in Baku, the same day England host Lithuania at Wembley. The Germans are five points clear at the top of Group C but Azerbaijan are their closest rivals with seven points alongside Northern Ireland, while England are two points clear at the top of Group F.
RELATED TOPICS