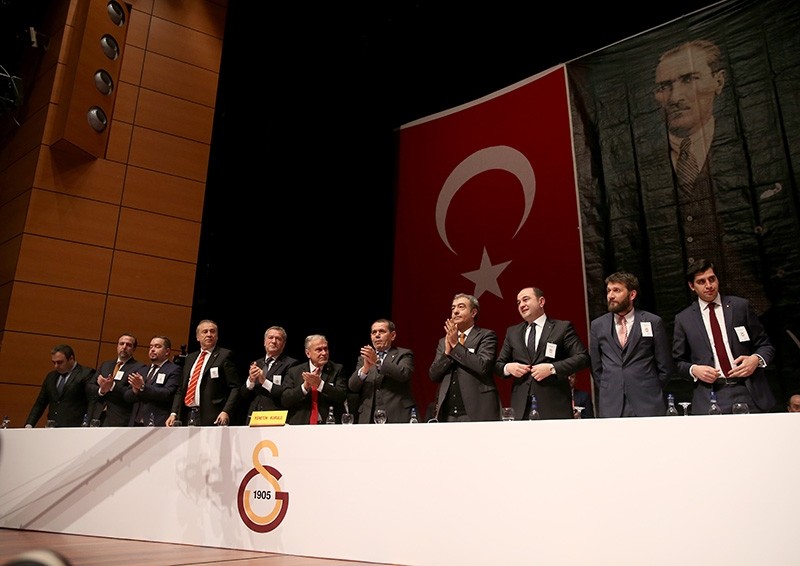 Galatasaray management board voted in its annual meeting Saturday to expel several members of the club due to their alleged or established links with the Gülenist Terror Group (FETÖ). The group is accused of orchestrating last July's deadly coup attempt.

But Hakan Şükür and Arif Erdem, two former Galatasaray players with international caps, were voted to remain part of the club's membership.

Turkey's Sports and Youth Minister Akif Çağatay Kılıç expressed discontent with the decision, saying: "The Galatasaray board needs to correct the issue immediately.

"Traitors to our country and our state have no business in our established sports clubs," the minister said. "The board's voting is inexplicable to the families of our martyrs and veterans," he added.

Both Şükür and Erdem were in the celebrated squad that won the UEFA Cup in 2000. They were also part of the squad that finished third in the 2002 World Cup in Japan and South Korea.

They are also known to be supporters of FETÖ leader Fetullah Gülen, who Ankara says masterminded the July 15 coup attempt.

The series of attacks that night pitted members of Turkish military against law enforcement officers and civilians. The coup resulted in the deaths of 249 people and led to thousands of injuries, leaving an indelible mark on the psyche of the Turkish people.