Ronaldo earns in seconds what Mbidi makes per match 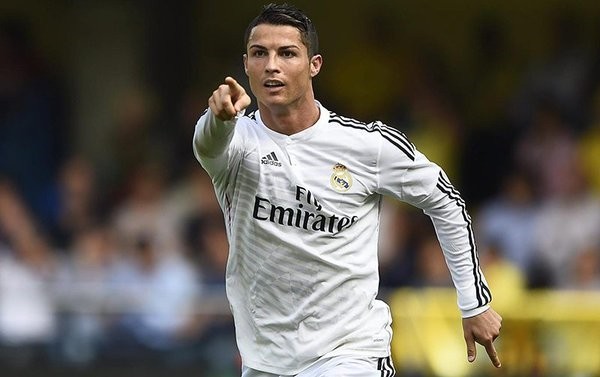 Ronaldo reportedly earns about $45 a minute every day just from his Real Madrid deal, while his fellow striker Mbidi gets $25 for each match they win. The striking numbers reveal football's widening wealth gap

There is Cristiano Ronaldo and his millions and Gloire Mbidi and his handful of dollars - and the gap between football's have and have-nots is widening. Ronaldo reportedly earns about $45 a minute every day just from his Real Madrid deal. Fellow striker Mbidi has no contract or salary from his Democratic Republic of Congo team AC Real de Kinshasa.

"But if there is a draw or loss, I get nothing."

Mbidi goes to training twice a day for the African side and gets about 79 cents travelling costs for each session.

FIFPro, the international players union, said that Mbidi's case is the rule more than the exception.

According to a study of 14,000 players in 54 countries it released in November, about 41 percent of football professionals do not get a salary and 45 percent earn less than $1,000 a month.

Portuguese club Boavista made headlines in November after Nigerian international Michael Uchebo said he had not been paid for eight months because of a dispute with the management.

"I have been dying in silence with no one to help me," he declared at the time.

The 26-year-old striker made films of his attempts to get past club security guards to get into the Boavista gym. Boavista did not comment on the case to AFP, but its president Alvaro Braga accused Uchebo of not telling the truth and having refused a proposed transfer. The Nigerian finally agreed to end his contract with the Portuguese club in January. It was not revealed whether he had won any compensation.

In Venezuela an economic crisis has devastated the football league, like other industries. Players told FIFPro that they had a salary of about $200 a month but prefer short-term contracts because of the hyper-inflation that undermines any money they receive.

"After six months your salary is worth nothing. It is difficult to make ends meet," said one player, named as Jose.

In Argentina football legend Diego Maradona slammed the country's football authorities for a crisis in which players were not paid for months, several corruption scandals were uncovered and players went on strike for several days in protest.

In Africa former Ivory Coast star Didier Drogba sounded the alarm in defense of players "who have no status."

Among countries regularly singled out by FIFPro is Gabon, which the international union said is one of the most dangerous places to be a professional footballer. Almost one player in four has suffered physical violence and a third have been threatened by supporters, according to FIFPro.

The union is also worried about countries in central and eastern Europe. Earlier this year FIFPro warned players against signing for Serbian clubs. The spokesman Duff said that players only get safe and guaranteed conditions in a few countries in Europe and North America.

But even in these countries the players at risk struggle to pay the mortgage each month and feed their children.
Last Update: Apr 06, 2017 12:49 pm