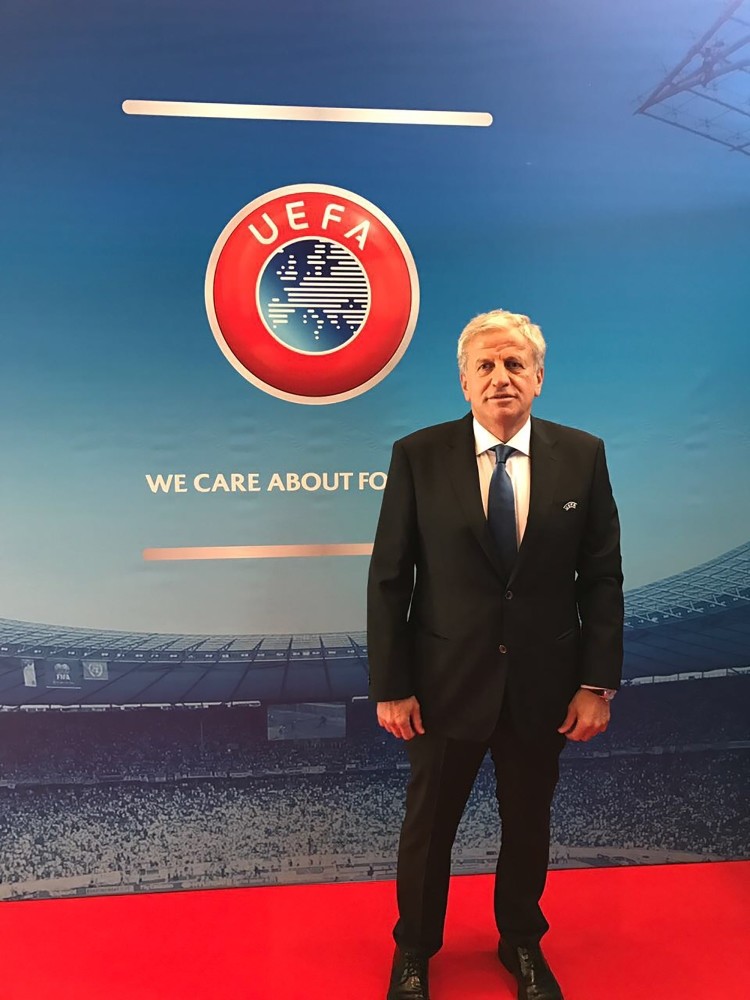 by Compiled from Wire Services Apr 07, 2017 12:00 am
European football body approved a reform package to bring its statutes in line with the world governing body FIFA. First Vice President of the Turkish Football Federation Servet Yardımcı (above) was elected to UEFA's 17-member Executive Committee, according to Anatolian Agency. The election took place at the 41st Ordinary UEFA Congress in Helsinki, Finland. The event was attended by the federation heads and managers from its 55 member countries. The committee, consisting of 16 members and the UEFA president, is responsible for the operation of the organization, outside of a UEFA Congress. Its members are elected on a four-year term.

Yardımcı, prior to his spells in different positions at the TFF, was an executive at Turkish top-flight club Rizespor. The 60-year-old football administrator and organizer is from Turkey's Black Sea coast city Rize.In the Congress, UEFA approved term limits for its top officials, including its president, on Wednesday and agreed that venues for club competition finals should be chosen by a "transparent" process, according to Reuters. Under the changes, the UEFA president and members of the executive committee will be able to serve a maximum of three four-year terms.

Previously, there was no limit on how long they could hold office. UEFA's 55 member association unanimously voted for the change at their annual Congress in Helsinki. They also agreed that officials could only be elected to the executive committee if they held an "active office" with their country's Football Association.

UEFA president Aleksander Ceferin said this would ensure that "they are not out of touch with reality but tuned into what is happening on the ground."

A third change is that venues for the Champions League and Europa League finals will be selected through what Ceferin described as a "fully objective manner through a transparent bidding procedure". Ceferin added: "Surprising at it may seem, it was not always the case in the past." The changes will be written into the UEFA statutes and will come into effect on July 1.

Football confederations have been under pressure to improve governance and transparency after global soccer body FIFA became embroiled in a graft scandal two years ago. Several dozen officials were indicted in the United States while former FIFA president Sepp Blatter and former UEFA president Michel Platini were among those banned by FIFA's own ethics committee.
RELATED TOPICS