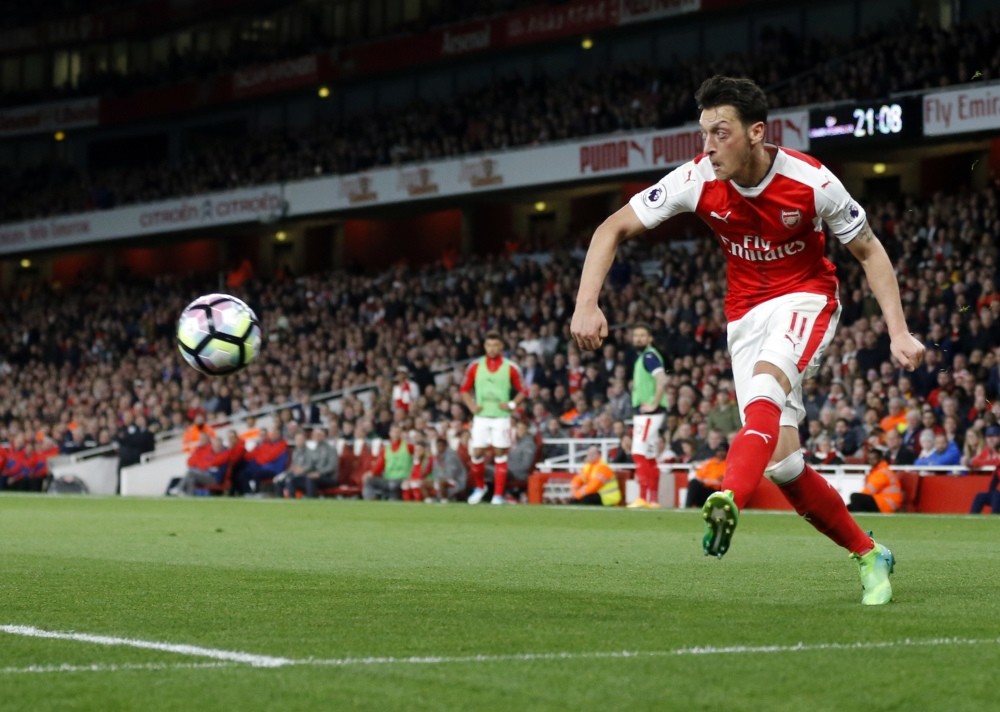 In an interview with the Daily Mail, Arsenal star Mesut Özil said that despite being the best player in his youth trials as a young player, he was consistently turned down. His father claimed that he was overlooked, ‘Because you're Turkish and because you're called Mesut'

"The older you become, the more you understand it. As a kid, you'd go to have a tryout at a big club. You'd be the best and there'd be a big difference between you and the next person. You'd think they'll 100 percent take you but then they'd say, 'We'd rather have him. You have to wait a week,'" the football star explained.

"I'd go somewhere else for a trial and it'd be the same, where I was the best. When you've experienced that three or four times, you notice it. I'd say, 'Dad, why?' He'd answer, 'Mesut, it's not down to you, it's down to your background, because you're Turkish and because you're called Mesut.' At that time, it was much more extreme. I don't know what it's like today but at the time it was very difficult as a kid," he added.

Reminding that both he and his parents were born in Germany, Özil said, "When I look into the future and where I'd like to live, I'll say Germany because I grew up there and like the discipline the people have," he says. "But my background is from Zonguldak in Turkey. I'm there a lot."

According to the Mail's story, Özil is the man courted by Chancellor Angela Merkel as a role model for integration in a modern Germany. On the flip side, he is the man far-right politicians called "anti-patriotic" when he posted pictures of himself at Mecca.

"The hype is big, regardless of what I do," he says. "As a Muslim, you have to go there (Mecca), see it and experience it. It was a great experience for me. I'd like to do it again. I wanted to post about it because lots of fans had asked. I didn't do it to provoke anyone. It's what I believe in and I stand by it," he said.

He does acknowledge he is a global role model but with one important clarification.

"Not just for Muslims," he says. "I'm a role model as a footballer and not as a politician. I want to see myself as a footballer. People respect me for my performances. That's why they support me and I'm very thankful for that. But I'm not a politician."

Talks on a new deal the club have offered Ozil will resume this summer. He gave no definitive prediction on how those negotiations will go.

"It makes me happy, that the fans support me, that my team-mates and the club support me. But football is my priority; we have aims with the team to reach the Champions League. In the summer there's enough time to talk about other things," he said. "I'm very happy. I have a connection with the club. I love London, it's great to live here but I can't say today what will happen in the future. In the summer we'll definitely talk."

Were Arsenal to remain in fifth place in the English Premier League and he stays, it would be the first time he misses out on the European Champions League since 2010.

"I haven't thought about that. The club comes first, not Mesut Özil or anyone," he said. "The team have the aim of reaching the Champions League and I'll fight for that. In the summer we have enough time to talk about the future and we'll do that."

Meanwhile, Arsene Wenger's own future is also in some doubt. Özil, who first spoke to Wenger in 2010, before he joined Real Madrid, has cited the Arsenal manager as the principal reason why he joined the English side. Wenger staying, it seems, is a crucial factor.

"It's not just important for me but for the whole club," he says. "It's important to know if he stays or if he goes. We need to think towards next season. He's very important. In my career I've always made decisions not just because of clubs, but managers, too. As a footballer, it's important to have the manager's trust and believe they can develop you."