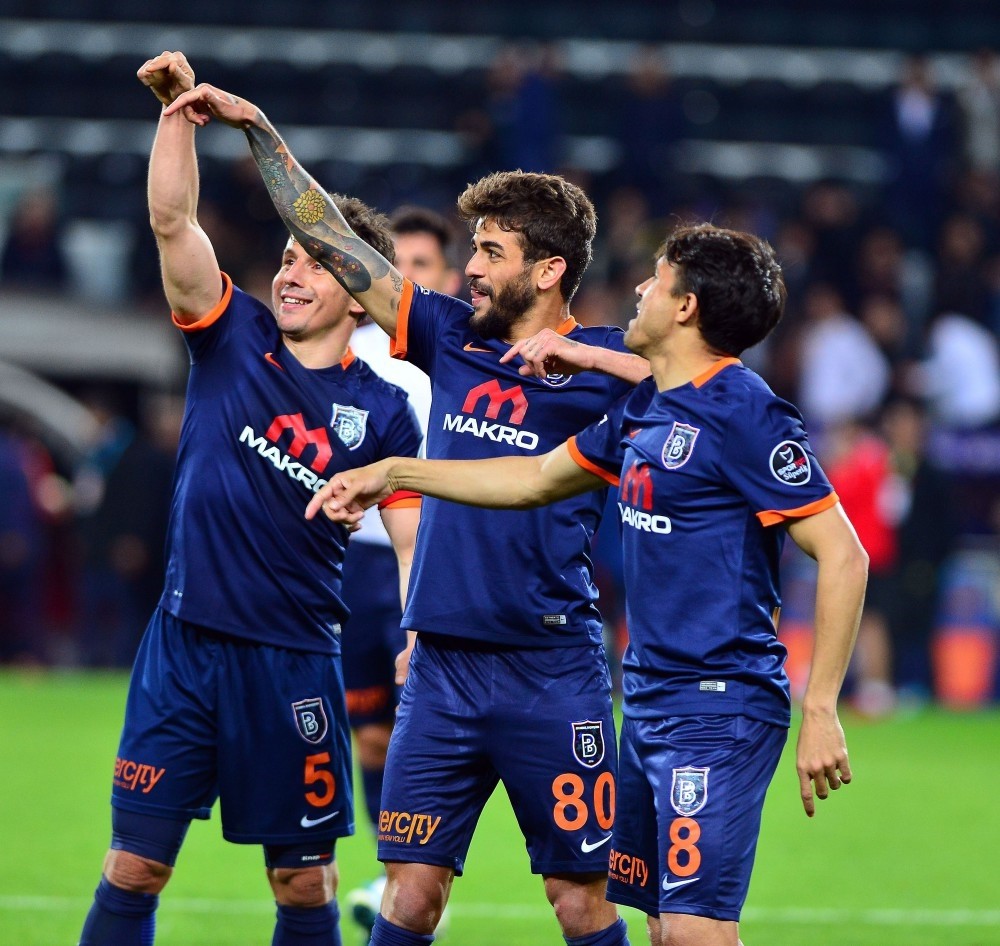 Week 27 action in the Spor Toto Super League came to an end on Monday with a 4-0 thrashing of Galatasaray in the hands of their crosstown rivals Medipol Başakşehir. With the overwhelming win, Başakşehir now have 56 points and are still hot on the trail of league leaders Beşiktaş, who sit atop with 61 points.

Monday's match was very important for both Başakşehir and Galatasaray, after Beşiktaş extended their lead on Saturday, beating Trabzonspor 4-3 in spectacular a match. With just seven weeks left in the league, a defeat for second-placed Başakşehir against Galatasaray would have seen them fall behind Beşiktaş by eight points, virtually sealing the fate of the title race. As in Galatasaray's case, grabbing a place in the European competition next year was everything to play for. Though their primary target may have been finishing ahead of archrivals Fenerbahçe, the Canaries' 3-1 win against Akhisar Belediye on Sunday, meant Galatasaray desperately needed the win to avoid dropping down to fourth in the standings.

In such a cliffhanger, Medipol Başakşehir hosted the Lions on their home turf at the Fatih Terim Stadium in In Istanbul's Başakşehir district. But, the hosts were quick to douse Galatasaray's enthusiasm and take control of the game early on. Dictating terms in their own backyard, Başakşehir stunned Galatasaray 4-0, thanks to an Emmanuel Adebayor hat-trick and a solo goal from Mustafa Pektemek. After the match, Galatasaray coach Igor Tudor struggled to hide his astonishment, and said, "The way they (Medipol Başakşehir) played it felt like as if they were taking on Barcelona not Galatasaray."

Content with performance, Başakşehir coach Abdullah Avcı said, "I did not want the match to end. I am incredibly satisfied."

With the result, the title race between Beşiktaş and Başakşehir was still on, while Fenerbahçe and Galatasaray were expected to battle it out for the third or if extremely lucky, the second spot, which would open the doors to a UEFA Champions League playoff or Europa League spot. Though the two Istanbul giants still have a shot at the title mathematically, both have apparently thrown in the towel. A stunned Galatasaray camp would now be mulling whether they should continue working with their Croatian coach Igor Tudor, who was hired after Jan Olde Riekering sacking earlier in the season. Tudor has also faced criticism for leaving his former team Karabük in the lurch.

The last time Galatasaray received a 4-0 thrashing was on Oct. 26, 2014. Interestingly enough that loss also came at the hands of Başakşehir, who have seemingly made it a habit to stun the Lions having won three of the last six matches against Galatasaray and losing just once.