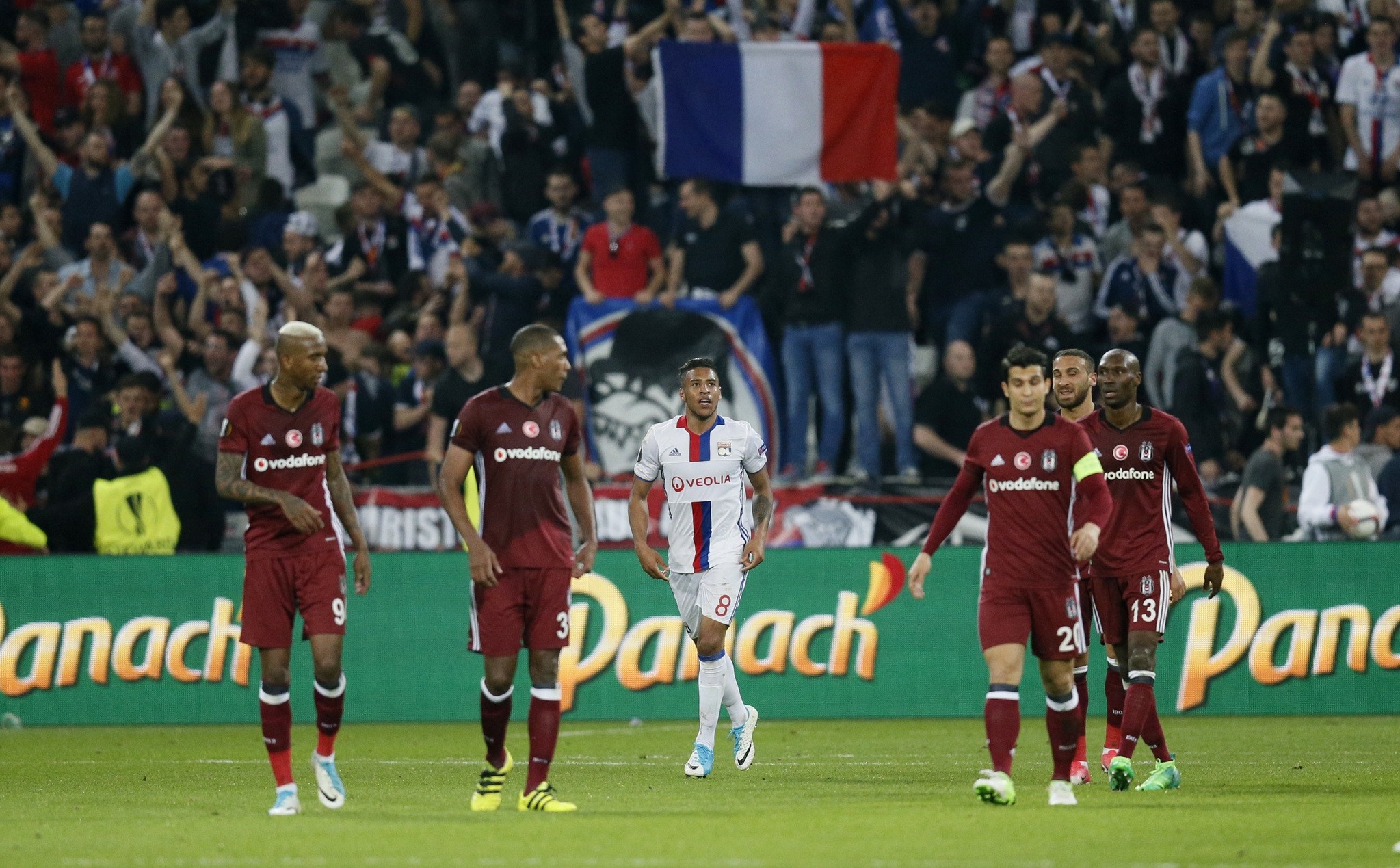 France's Lyon defeated Turkey's Beşiktaş 2-1 in the Europa League quarter-final first leg match on Thursday which was overshadowed by the crowd trouble.

Ryan Bable strike put Beşiktaş ahead in the first half, however, Lyon came from behind to take the lead after the French side notched an equalizer when Corentin Tolisso poked home from close range.

The equalizer was followed by another goal by Jeremy Morel right after a minute, giving French team a one-goal advantage ahead of the second leg.

The 1905 GMT start of the quarter-final first leg was delayed by 45 minutes after fans poured onto the pitch after clashes erupted between rival teams' supporters.

Officials attempted to clear the Parc OL playing area of fans, many of whom had run a gauntlet of violence outside the ground which had seen police use teargas in an effort to quell outbreaks of fighting and vandalism.

The incidents were the latest in a black week for European club football after the Borussia Dortmund team bus was attacked with explosives on Tuesday just before their Champions League game at home to Monaco.

In the aftermath of that incident, which pushed the game back by 24 hours, UEFA had demanded a re-evaluation of the security measures "wherever necessary".