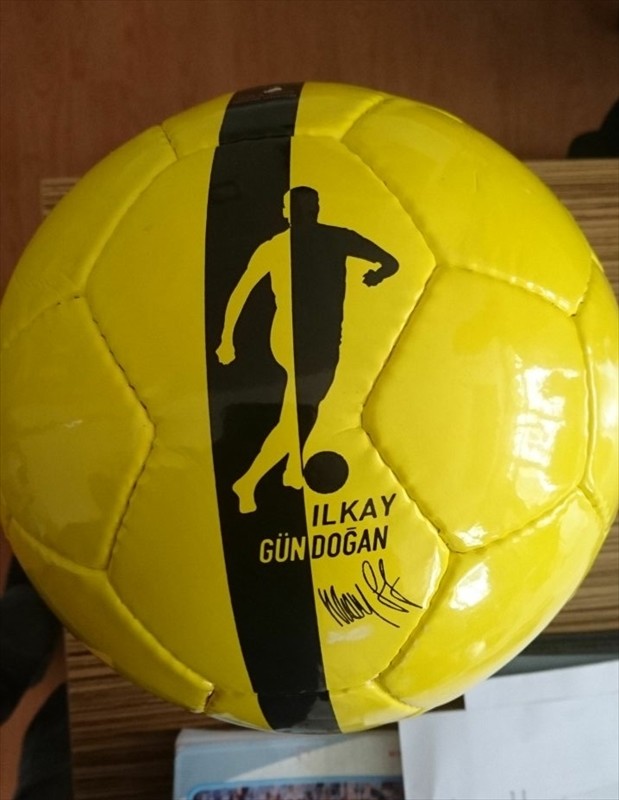 by Anadolu Agency May 06, 2017 12:00 am
Despite being born and raised in Germany, Premier League footballer Ilkay Gündoğan has formed a strong bond with his parents' hometown in northwest Turkey.

The Manchester City footballer has become heavily involved in supporting young players and amateur clubs in Dursunbey, a district around 100 kilometers (60 miles) south of the Marmara coast.

Gündoğan, 26, was signed from Borussia Dortmund last summer and reportedly earns the equivalent of $150,000 a week.

He has used his wealth to provide footballs, training equipment and sportswear for clubs in the Dursunbey area - even paying an estimated TL 500,000 ($141,000) for a building to house facilities for Dursunbey Belediyespor players.

"He has been supporting our club for the past six years," Chairman Yusuf Turhan said. "He financially contributed to the football stadium's renewal in Dursunbey."

As a result of his generosity, the club is naming the new stadium after Gündoğan. Beside it will sit a double-story building paid for by Gündoğan that will house dressing rooms, showers, a cafeteria and sleeping accommodation for visiting teams.

According to Turhan, the help from the German international, who was born and raised in Gelsenkirchen, has already helped several young players from the district move on to the youth sides of professional clubs.

"Two of our footballers are playing for Bursaspor under 17s and four more are playing in Balıkesirspor's youth set up, thanks to İlkay's support," he said.

Gündoğan usually visits his parents' hometown every summer when he tries to find the time to offer advice and tips to local players. He has also invited youngsters to the U.K. to see the facilities on offer at Manchester City, one of Europe's richest clubs.

Ahmet Edip Uğur, the mayor of Balıkesir province, said the players and training staff of the winners of this season's provincial amateur cup would travel to England for a week as Gündoğan's guests.

"We are thankful to Ilkay for giving so much support to our young footballers," Ugur said.
Last Update: May 06, 2017 1:14 am
RELATED TOPICS