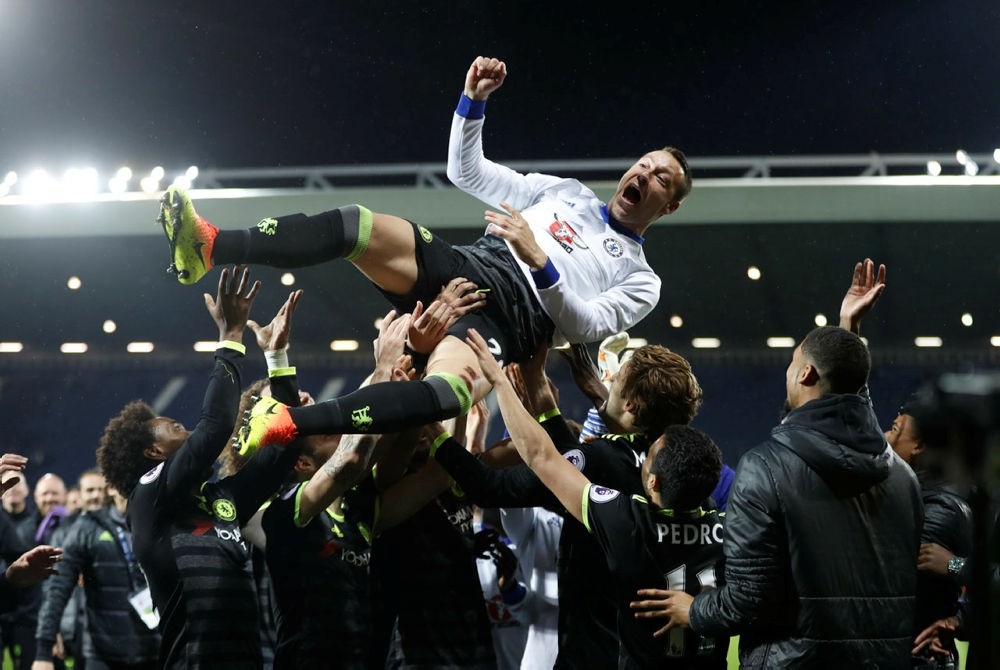 Chelsea manager Antonio Conte jumped into the arms of his fellow coaches near the dugout after Batshuayi — just on as a substitute — poked home a close-range finish from Cesar Azpilicueta's cut-back.

It is a second top-flight league title in three seasons and sixth in total for Chelsea, which has led the standings since early November.

Conte became the fourth manager to win the Premier League in his first season in English soccer.