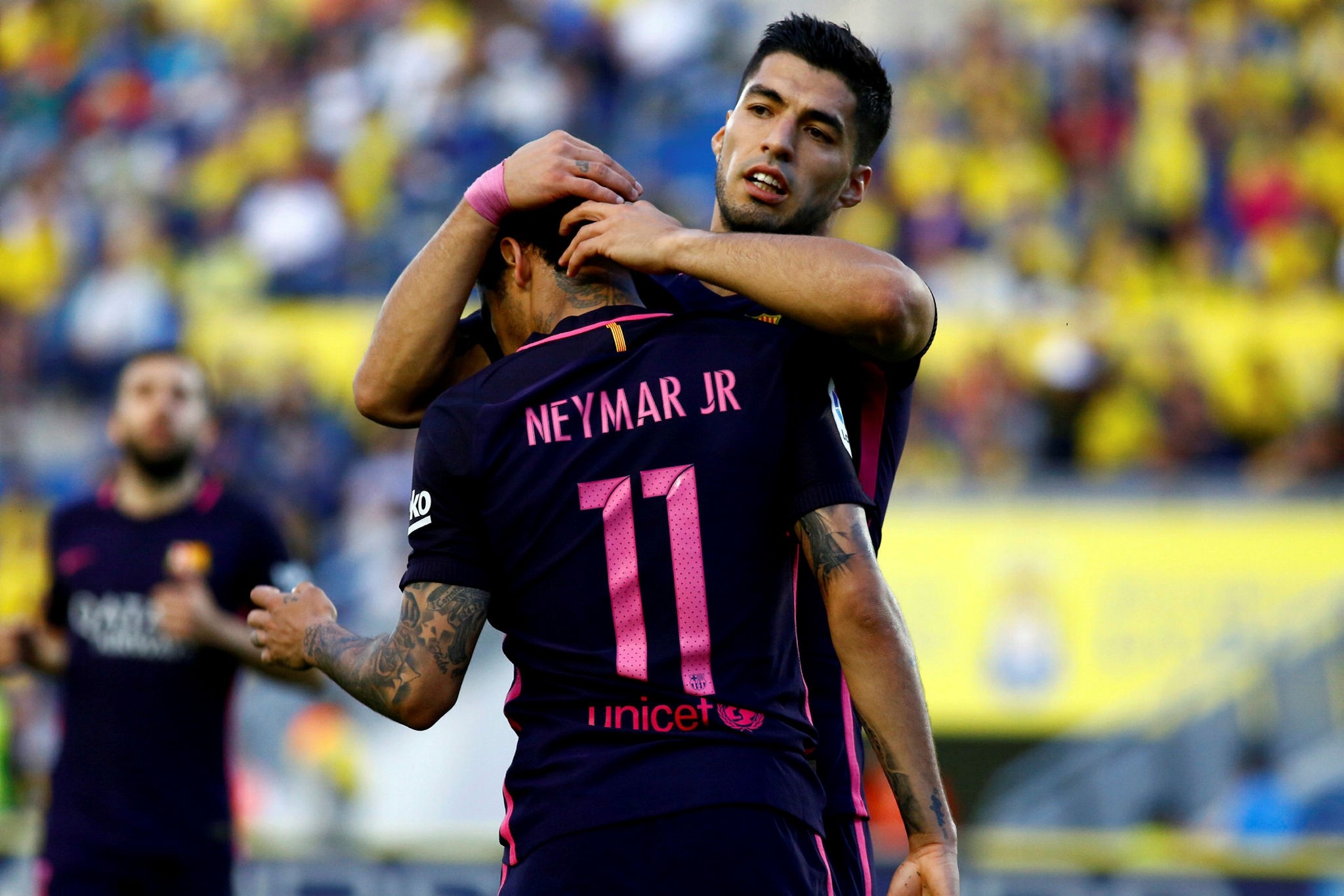 Barcelona beat Las Palmas 4-1 thanks to a Neymar hat-trick but Real Madrid remain favorites to win the Primera Division after beating Sevilla 4-1.

The two teams are tied on 87 points with Barcelona ahead because of a better head-to-head record but they only have one game to play and if Real Madrid win their remaining two fixtures they will win the league.

Real Madrid beat Sevilla 4-1 with Nacho Fernandez scoring the first with a quickly taken free-kick on 10 minutes. The goal made it 62 consecutive games scoring for Real Madrid.

Cristiano Ronaldo made it 2-0 on 23 minutes with his 400th goal for Real Madrid in all competitions.

Stevan Jovetic scored in the second half for the visitors but Ronaldo got his second of the game and Toni Kroos rounded-off the rout.

Barcelona beat Las Palmas 4-1 with Neymar scoring a hat-trick. He got his first on 25 minutes and Luis Suarez doubling Barcelona's lead on 27 minutes.

Pedro Bigas pulled one back for Las Palmas but Neymar scored on 68 and 71 minutes to ensure Barcelona won the game comfortably.

The two results leave Real Madrid needing four points from their final games away to Celta Vigo and Malaga. Barcelona play their last match at home to Eibar.