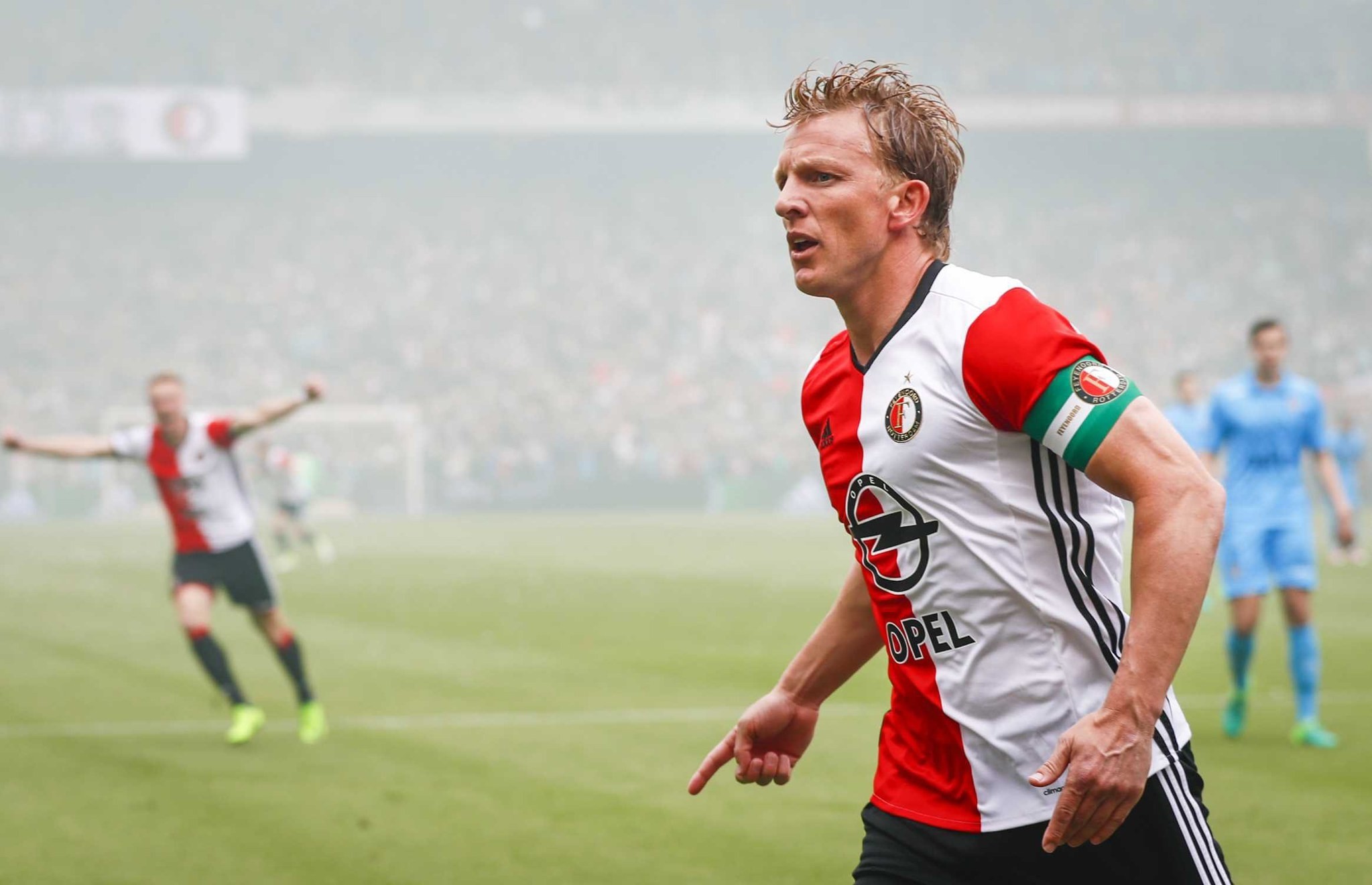 Feyenoord's Dirk Kuyt celebrates after scoring a goal during the Dutch Eredivisie match between Feyenoord Rotterdam and Heracles Almelo, 14 May 2017. (EPA Photo)
by Daily Sabah with AP May 17, 2017 12:00 am

Dirk Kuyt, the veteran captain of Feyenoord who led his team to its first Dutch league title in 18 years, is retiring.

Feyenoord says the 36-year-old Kuyt, who returned to Rotterdam two years ago saying he wanted to win the league, told coach Giovanni van Bronckhorst of his decision Wednesday.

Kuyt's 19 seasons as a professional player started at Utrecht before going to Feyenoord. He then moved to Liverpool, Fenerbahçe and back to Feyenoord.

The midfielder had spent three years with Fenerbahçe before rejoining Feyenoord. Kuyt played an important role in winning the Super League Cup (2013-2014), the Turkish Cup (2012-2013) and the Turkish Super Cup (2014) as well as in the UEFA Europa League semi-final run (2012-2013) during his 3 seasons in Turkey. 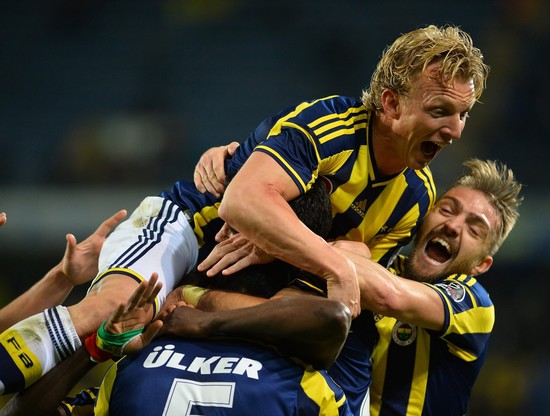 Kuyt, who became popular with the Fener faithful as much for his social responsibility projects as he was with his successful performances, was also considered worthy for the Netherlands-Turkey friendship award for his contributions to the friendship between the two countries.

The Dutch footballer also played 104 internationals for the Netherlands, including the World Cup final in 2010, when the Netherlands lost to Spain in extra time.

Technical director Martin van Geel says "we are unbelievably grateful to Dirk for what he has meant to Feyenoord for the last two years."