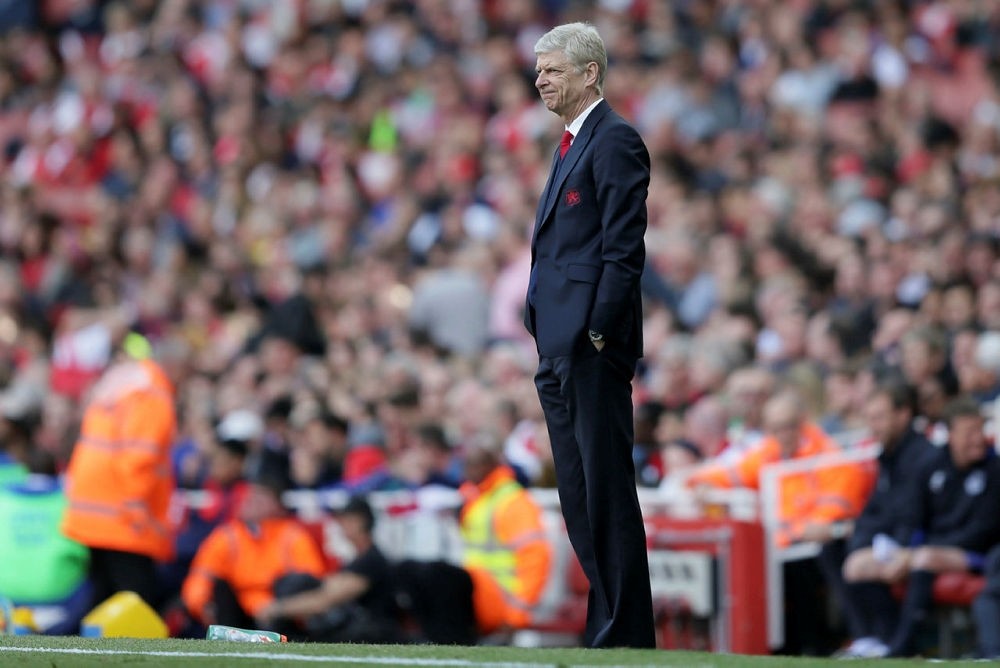 Arsene Wenger's proud record is over: Arsenal has failed to qualify for the Champions League for the first time in 20 years.

Any hope of squeezing into the Premier League top four relied on Liverpool or Manchester City slipping up, but they both won easily on Sunday to join Chelsea and Tottenham in entering the Champions League.

So even though Arsenal beat Everton 3-1 to complete the league campaign with five successive wins, the resurgence came too late.

There was little for Arsenal players to celebrate with fans as they embarked on a lap of appreciation after the Premier League finale. Wenger didn't even join in, remaining on the touchline with his arms folded.

Whether Wenger is back in charge at the Emirates Stadium next season is yet to be resolved. The 67-year-old Frenchman won't discuss his future until after Saturday's FA Cup final against Chelsea.

Chelsea is chasing a double. Antonio Conte's side finally received the Premier League trophy after routing bottom-placed Sunderland 5-1 on Sunday, two weeks after securing a second title in three seasons.

Captain John Terry collected the trophy in the final act of his 22-year association with Chelsea. The defender was substituted in the 26th minute — and given a guard of honor by Chelsea teammates.

Tottenham's wait for a first title since 1961 continues. But the runner-up finished its best season in 54 years in style by beating relegated Hull 7-1.