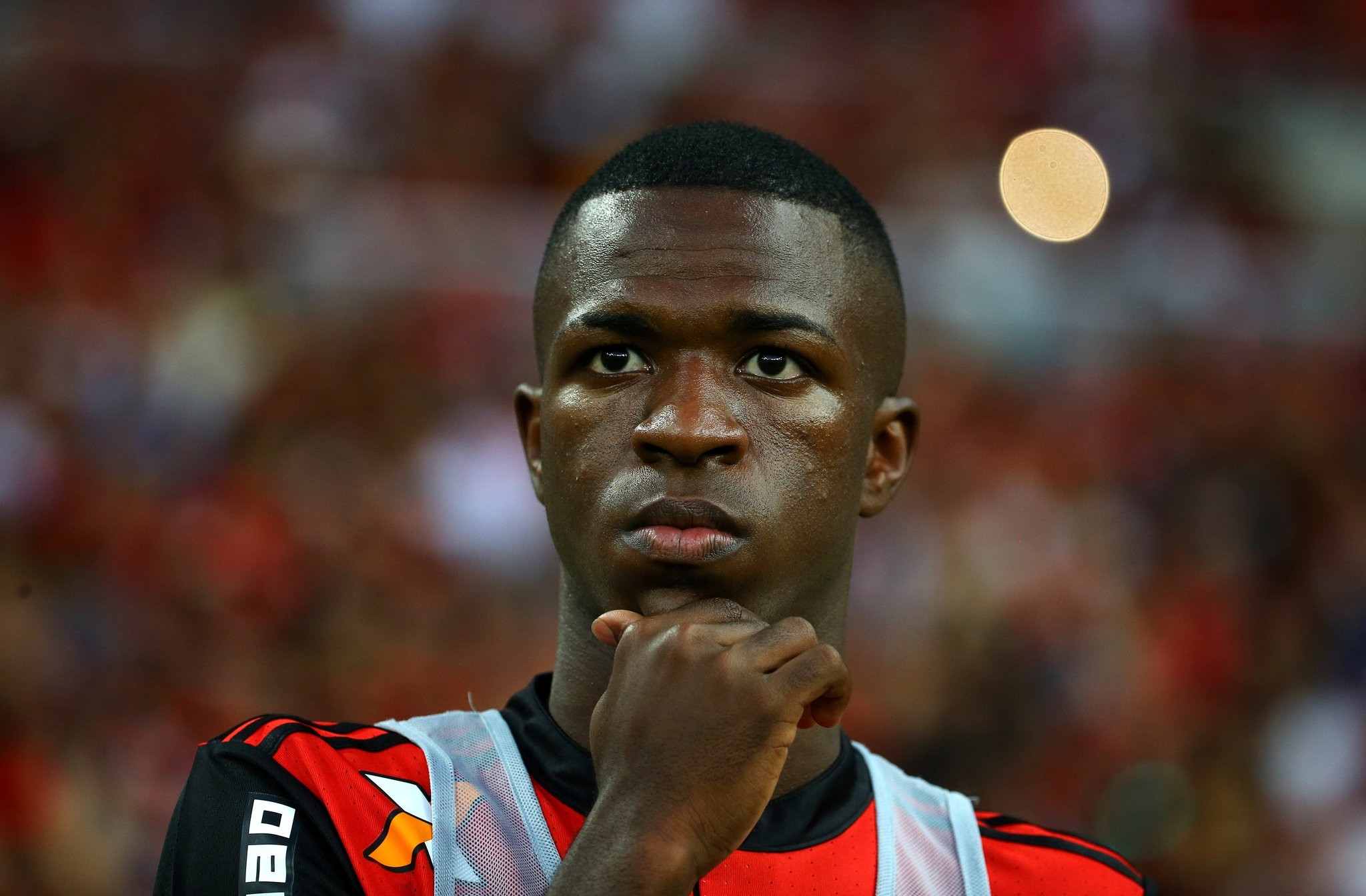 Vinicius Junior of Flamengo attends the match against Brazil's Atletico Mineiroin, Rio de Janeiro. (REUTERS Photo)
by May 23, 2017 12:00 am

Real Madrid have reached an agreement with Brazilian side Flamengo to sign 16-year old forward Vinicius Junior in July 2018, the two clubs announced on Tuesday.

"Real Madrid and Flamengo have reached a deal for the transfer of Vinicius Junior from July 2018," a statement published on the Flamengo site said.

Madrid said the pacy striker will remain at Flamengo until July 2019 unless both sides agree he can move earlier.

Although the clubs did not say how long his contract was for or how much the fee was, reports in Spain suggest Madrid would shell out around 46 million euros ($51.45 million), which would make him the second most expensive signing from the Brazilian league.

The most costly is Barcelona star Neymar, who moved from Santos in 2013 for an estimated 86 million euros and is a player Vinicius has been likened to by the media. Vinicius, who will turn 17 in July, only made his first-team debut for the Rio club 10 days ago but his decisive performances for Brazil's Under-17 side singled him out as one of the game's hottest prospects.

The forward lifted the top goalscorer and player of the tournament awards in March when he helped Brazil to their 12th South American Under-17s title.

He is expected to lead Brazil in India in October at the Under-17 World Cup.