Ronaldo at his best ahead of Champs League final 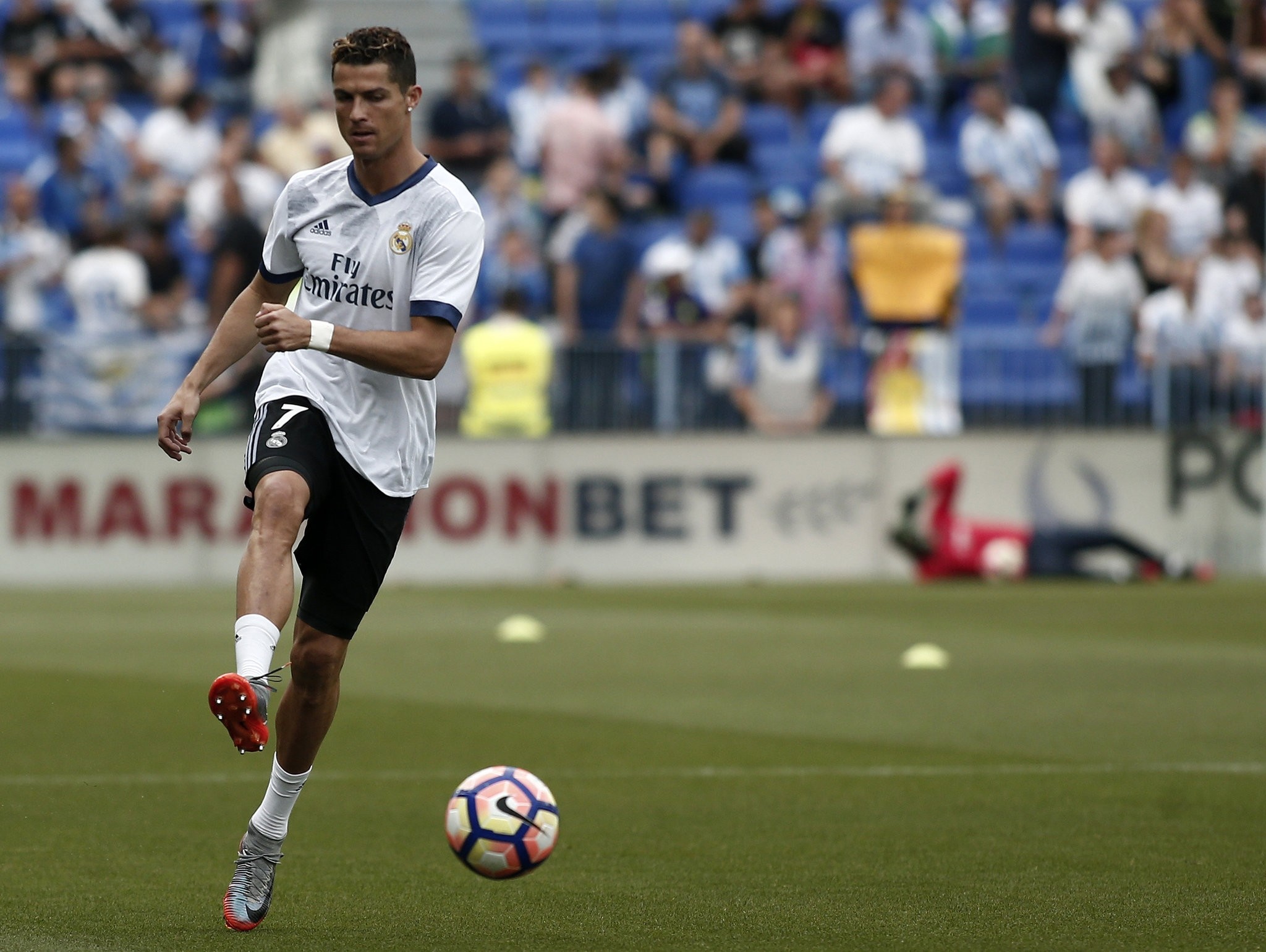 The Portugal forward paced himself like never before this season, skipping several games so he could stay fresh and thrive in the final stretch.
by Associated Press Jun 02, 2017 12:00 am

Portuguese star enters the Champions League final playing his best soccer of the season, peaking at the right time as Real Madrid get ready to take on Juventus on Saturday in Cardiff

Cristiano Ronaldo has saved his best for last. Ronaldo enters the Champions League final playing his best soccer of the season, peaking at the right time as Real Madrid gets ready to take on Juventus on Saturday in Cardiff, Wales.

"I feel good," Ronaldo said before traveling to Britain, "in great form."The Portugal forward paced himself like never before this season, skipping several games so he could stay fresh and thrive in the final stretch. And all the rest paid off, with him scoring 14 goals in his last nine matches for his best run of the season.

He scored two consecutive hat tricks in the Champions League, one in the quarterfinals against Bayern Munich and another in the semifinals against Atletico Madrid. In Madrid's final three Spanish league games, he scored five goals to lead the team to its first title in five years.

Ronaldo is not hiding is confidence going into Saturday's game.

"We must go into the match with humility, but showing attitude and character, showing that we are the better team," Ronaldo said. "Juventus is a great team, but I think we are better. I have the feeling that we are going to play a great match and win. We are thinking positive."

It had been a lackluster season for Ronaldo's standards, and his slow start kept him from having a chance to reach 50 goals for the first time since 2009-10, which was his debut season with Madrid. He arrives in the final in Cardiff with 40 goals.

He also struggled early in the Champions League, scoring only twice in his first eight games, but ended with eight goals in his last four matches, becoming the first player to break the 100-goal mark in the European competition.

"We are in a great moment and we have to take advantage of it," Ronaldo said.

He credited his great run to coach Zinedine Zidane's ability to keep the team competitive despite constantly rotating the squad.

"I'm in better shape physically than in other seasons," the 32-year-old Ronaldo said. "Zidane intelligently managed the squad."

Ronaldo has done well when facing Juventus, having scored five goals in the four matches he played against the Italian champions while with Madrid. Two of the goals came in the semifinals of the Champions League in 2015, when Juventus advanced 3-2 before eventually losing the title to Barcelona. Madrid is trying to become the first team to win back-to-back European Cup titles since the competition's new format was created in 1992.

Ronaldo will be trying to win his fourth Champions League trophy. His first came with Manchester United in 2008, and the other two with Madrid in 2014 and 2016. He scored in extra time in the final against Atletico Madrid three years ago, and converted the deciding penalty kick in last year's shootout, also against Atletico.