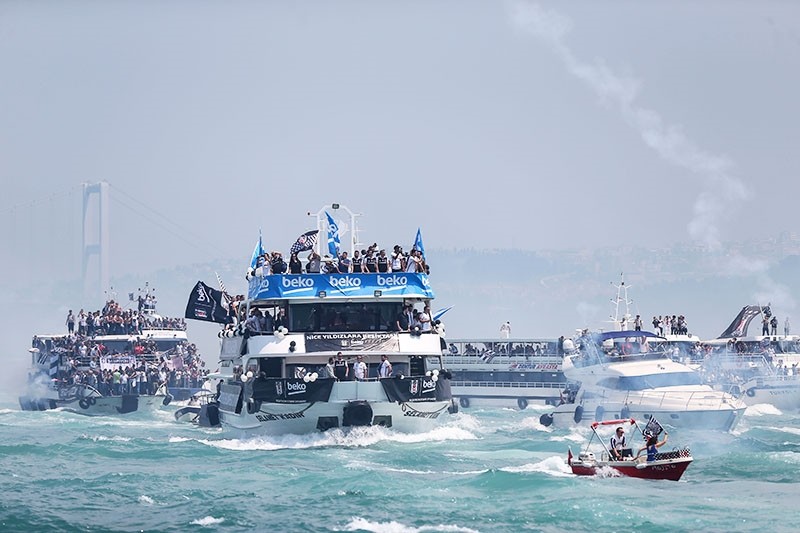 Beşiktaş fans Saturday celebrated their team's championship with a flotilla show involving around 100 ships on the Bosporus in Istanbul.

The fans gathered in Anadolu Hisarı neighborhood located on the Asian side of the city and departed with a large flotilla heading to the Beşiktaş district to celebrate the football team's 15th Turkish Spor Toto Super Lig title.

The celebrations continued in Vodafone Park, which is Beşiktaş's stadium located in Istanbul's Beşiktaş district.