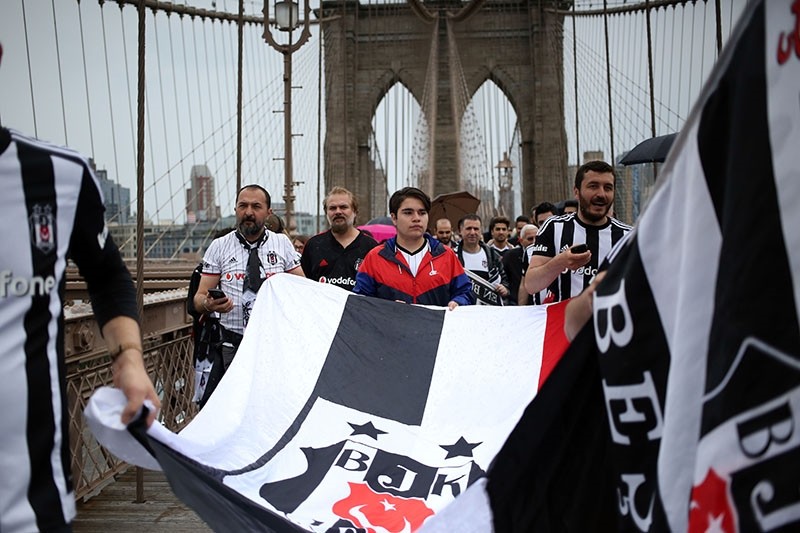 Members of the Beşiktaş USA Foundation were present at the championship festivities in New York, where revelers crossed the bridge that dates back to 1883. Around 100 fans congregated in a park by the foot of the bridge in borough of Brooklyn, chanting and waving the iconic black-and-white Beşiktaş flags .

The rhythm of Turkish drums and the melody of the zurna instrument rang through the park while ecstatic fans took photographs of a giant flag and enjoyed a traditional Turkish 'halay' line dance.

Later, the Beşiktaş fans walked to the bridge and began marching from Brooklyn to Manhattan. They completed their celebrations by releasing black and white flags from the bridge, creating a festive scene over the East River.

New Yorkers reported hearing passing cars salute the Beşiktaş supporters with their horns. As one of the major tourist attractions in New York, visitors to the bridge also took interest in the lively Turkish fans.