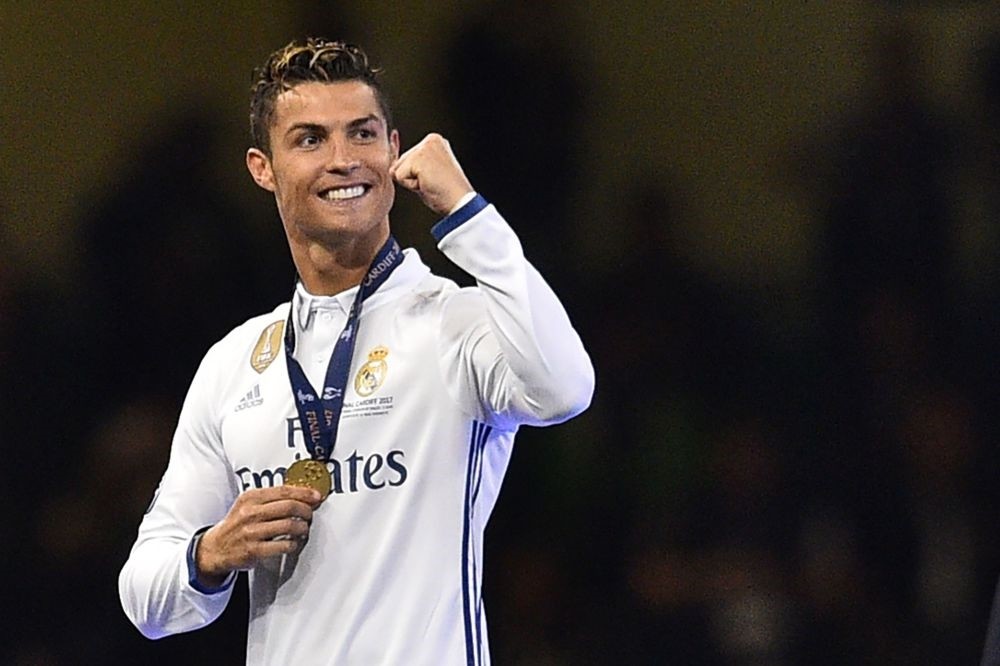 Real Madrid star Cristiano Ronaldo remained atop Forbes magazine's list of 100 highest-paid athletes, with Cleveland Cavaliers star LeBron James moving up to second, on a list heavy on NBA players. The 32-year-old Portugal forward is estimated to have earned a total of $93 million between his football salary of $58 million and $35 million in endorsement income.

It's the second straight year Ronaldo has topped the list, released Wednesday, just days after he spearheaded a 4-1 victory over Juventus that made Real Madrid the first team to retain the UEFA Champions League title.

Meanwhile, James, with estimated earnings of $86.2 million, was one of 32 NBA players who made the top 100, up from 18 last year. He took the second place from Argentine footballer Lionel Messi, now third with $80 million. Swiss tennis great Roger Federer ($64 million) and Golden State Warriors guard Kevin Durant ($60.6 million) rounded out the top five, just as they did last year. The Forbes figures include salaries, prize money and bonuses earned between June 1, 2016, and June 1, 2017.

Endorsement incomes are an estimate of sponsorships, appearance fees and licensing incomes for the same 12-month period based on conversations with industry insiders. Serena Williams, a 23-time Grand Slam winner, was the lone woman on the list with an estimated income of $27 million, $19 million of which came from endorsements, to place her 51st overall.