Football a tool against discrimination for rural Indian girls 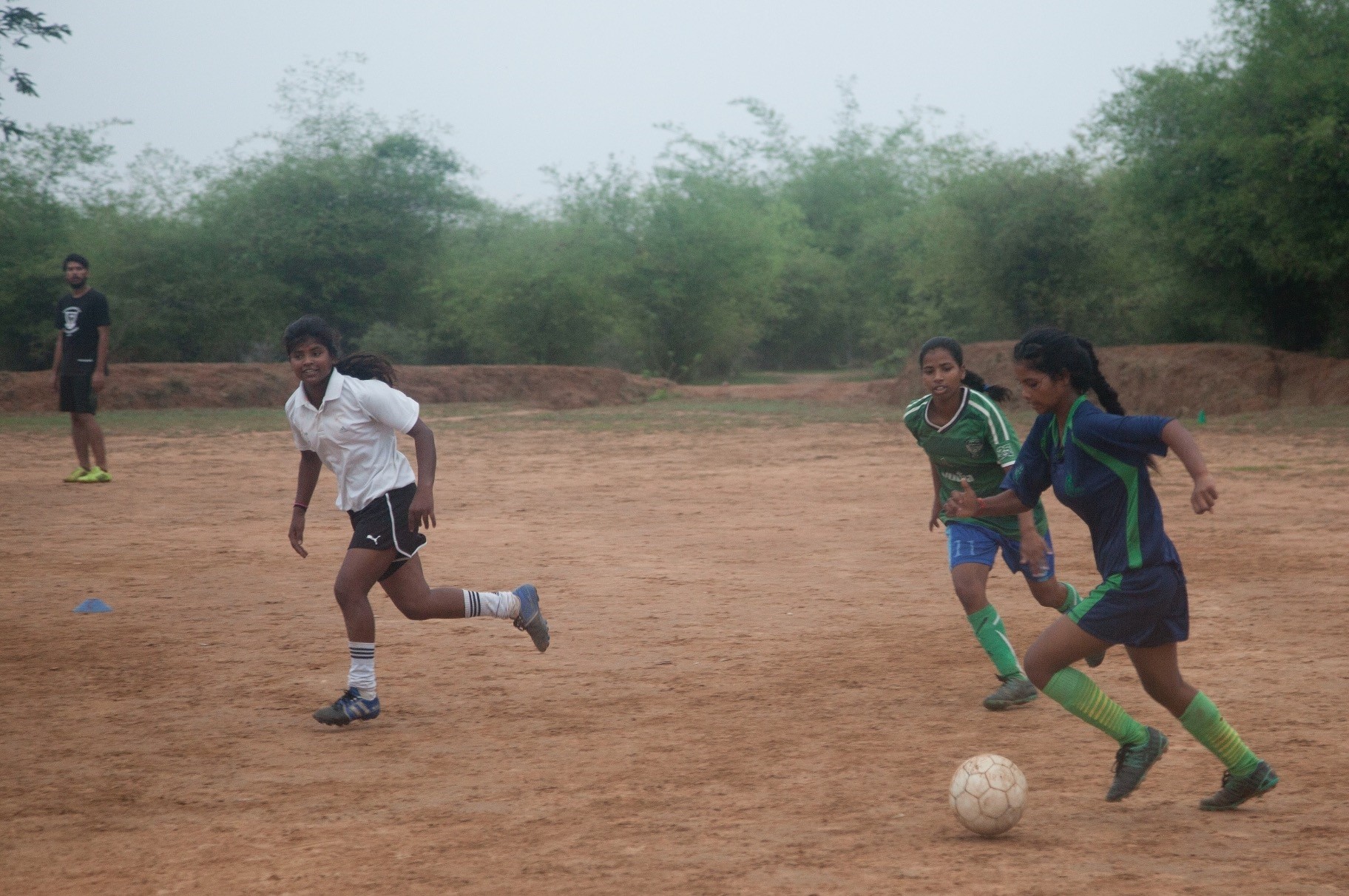 The aging bus meanders through the narrow streets of a tiny village in the eastern Indian state of Jharkhand, the smell of manure wafting through the air. A thick darkness blankets the neighborhood ahead of the early morning sunrise. It's 5 a.m., and the young girls hop on the bus, one by one. They range in age from slightly older than toddlers to young women approaching their 20s. Some carry soccer balls.

They are heading to an immense empty field where they will hold their daily soccer practice, the younger ones eager to perfect their ball-handling skills while the teenagers act as coaches, earning money to pay for their education. For all of the girls, soccer - or football, as they call it - is an opportunity for them to overcome deeply entrenched discrimination in their rural villages.

"We like to play football because there are only girls, some boys, but the teachers say if I have a problem, I can solve it with them," says 13-year-old Pratibha Kumari as she walks to her home after practice. Pratibha was alluding to the biased views toward gender in India, particularly in rural areas like her village in Jharkhand. In India, 12 million adolescent girls - almost one in five - have experienced physical violence since the age of 15, and 2.6 million of girls aged 15-19 have experienced forced sexual intercourse or a forced sexual act, according to statistics from UNICEF. In Jharkhand, six in 10 girls marry before the legal age of 18.