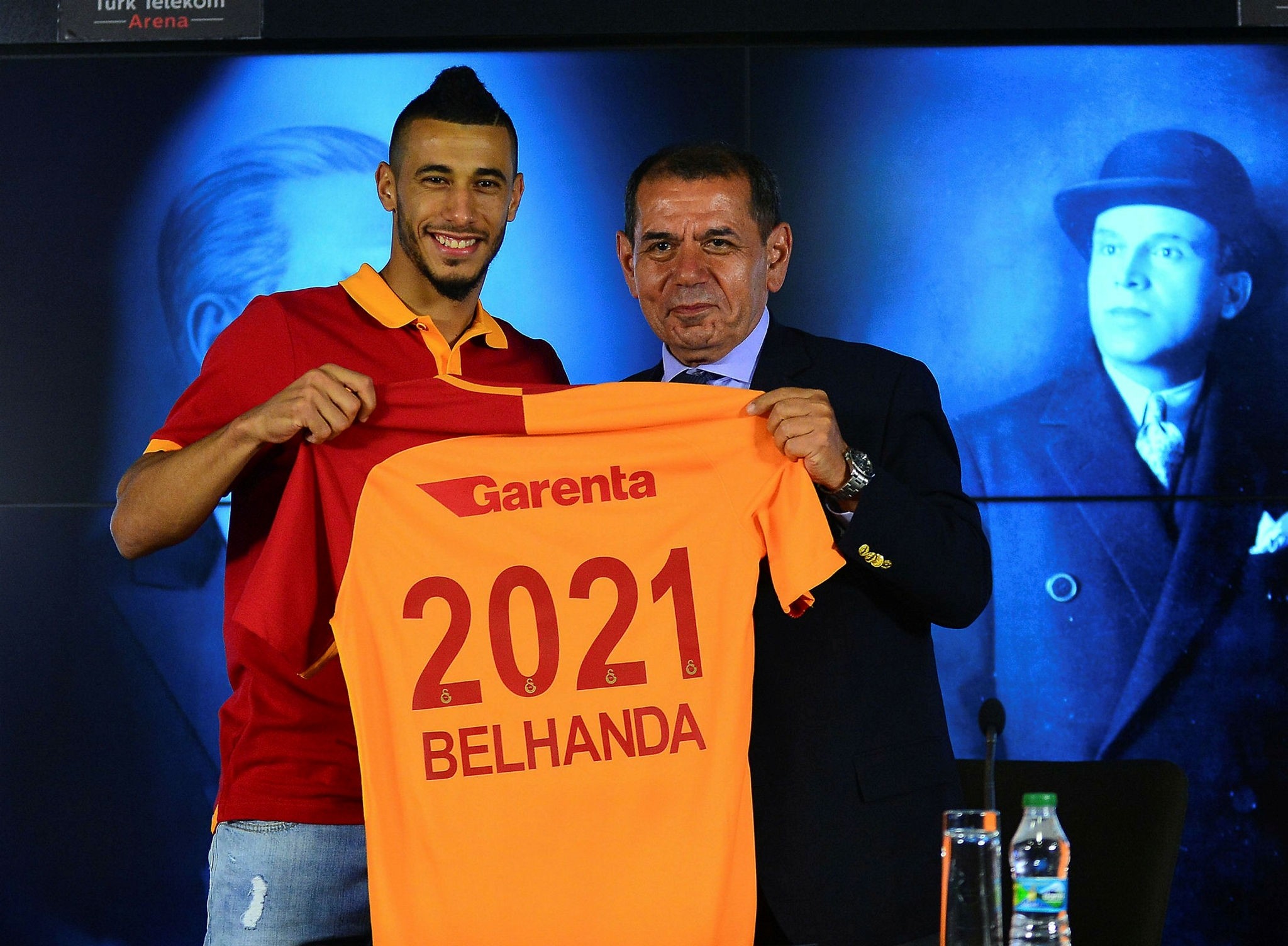 Younes Belhanda holds up a Galatasaray jersey in a ceremony with Chairman Dursun u00d6zbek.
by Daily Sabah Jul 01, 2017 12:00 am

Galatasaray wasted no time getting into the transfer market in June, signing three star players including Maicon and Bafetimbi Gomis. The Lions were unable to make moves in the last two seasons due to financial problems, but the Yellow-Reds have been making up for lost time this season at the beginning of the summer window.

They first signed French international striker Bafetimbi Gomis last Thursday before signing Morroccan Younes Belhanda and Brazilian star Maicon. Galatasaray are expected to sign three more players, one left back, one right back and a midfielder before Sept. 8 when the summer window closes. Galatasaray finished fourth in the Super League last season, well behind champions and Istanbul rivals Beşiktaş.

The result was unacceptable for fans of Galatasaray, who have won more Turkish championships than any other club. The future of their Dutch midfielder Wesley Sneijder - who has been the fulcrum of the club's attack since joining in 2013 - is uncertain while German marksman Lukas Podolski is leaving for Japan's Vissel Kobe. French attacking midfielder Mathieu Valbuena meanwhile last Thursday signed for Galatasaray's arch Istanbul rivals Fenerbahçe as they seek to reinforce their attacking line.

"Valbuena congratulated me, I said that we were friends but from now on we would be playing for rival clubs and I want to see him behind Galatasaray in the table," joked Gomis.