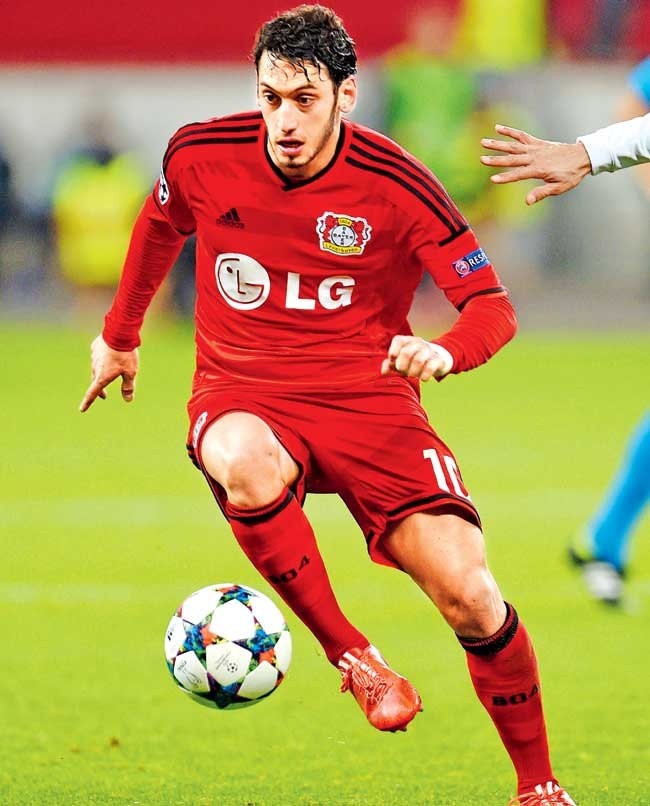 Bayer Leverkusen's Turkish midfielder Hakan Çalhanoğlu said he will sign a contract with Italian powerhouses Milan on the weekend. He tweeted, "I am going to sign the contract in Milan. I want to thank Bayer Leverkusen for fantastic years." The 23-year-old has been with Bayer Leverkusen since 2014, after starting out at Karlsruher SC and then moving to Hamburg. He has represented Turkey at all levels during his short career so far, and looks set to snub Premier League clubs Arsenal and Tottenham in favor of a move to the San Siro.

Milan are expected to offer the player a four-year deal and will dangle 2.5 million euros in potential bonuses to sweeten the deal. Çalhanoğlu is expected to join around the same time as another Milan target Andrea Conti, who is expected to complete a 25 million move to the Serie A club from Atalanta.

The Italians have already secured deals for Ricardo Rodriguez, Franck Kessie, Mateo Musacchio, Andre Silva and Fabio Borini, as they try to get back into the Champions League after years in the wilderness. Having been taken over by Chinese firm Sino Europe Sports earlier in the season, Milan have cash to burn this summer and have wasted little time in executing their team rebuilding plans. Çalhanoğlu represents a terrific ball-striking individual, who is well known for his ability from dead-ball situations. He is also a danger from long range, and is tidy in possession in midfield.