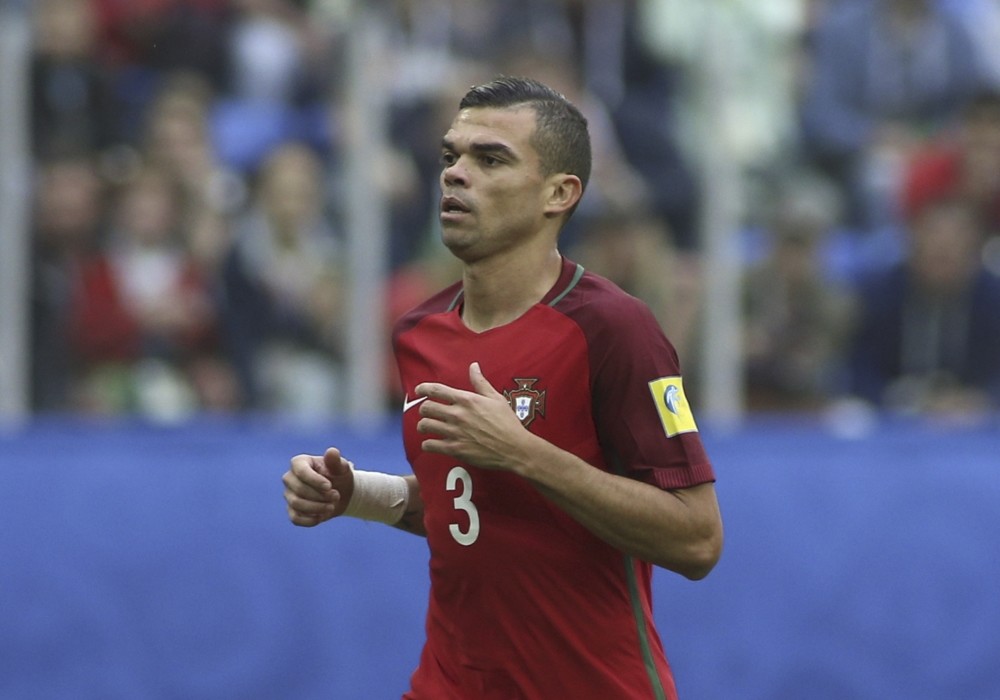 Super League holders Beşiktaş completed the signing of former Real Madrid defender Pepe on Tuesday, according to reports in the Turkish media. The Portuguese star is the Black Eagles' first summer signing as they look to bolster a squad that brought them the title last season

Reports also claimed that the player was set to fly to Istanbul late Tuesday in the company of two Beşiktaş executives who discussed the deal.

The transfer fee was yet to be disclosed when Daily Sabah went to print, but according to the Turkish sports daily Fanatik, Pepe would be paid 4.5 million euros yearly on a 2+1 year deal, with an additional 1.5 million euros in bonuses. If confirmed, the record fee would make Pepe the highest paid defender in Beşiktaş's history.

The Black Eagles spent millions of euros over the past years to find the "perfect" defender and transferred in 25 defenders in the past decade but much to the frustration of fans and the management. Current defenders Marcelo and Dusko Tosic, however, have been lauded for their outstanding performances last season.

The Portuguese star will be the first addition to a new lineup envisioned by coach Şenol Güneş, who carried the Istanbul-based club to their 15th Turkish Spor Toto Super League title.

Pepe donned the Real Madrid jersey for almost a decade before he was left without a contract last month after he rejected a one-year extension with the Spanish club.

He rose to prominence for Portuguese side Porto, but it was in Real Madrid where he shone and shared the glory in three Champions League and three La Liga titles.

Though Pepe made only 18 appearances for Real Madrid last season due to injuries, he was a key member of the Portuguese national team that won the European Championship title last year.

Up until then, the center back has been a key figure for Madrid, one of the most intimidating, and on occasion volatile, defenders in Europe.

Speaking to Spanish radio COPE last month, Pepe said he took the decision to leave Madrid in January when "things weren't going well." A regular starter for most of his career, injuries and Zidane's preference for Raphael Varane and Nacho Fernandez saw Pepe fall out of favor at the club.

"I saw that the club's treatment of me wasn't ideal," Pepe told COPE.

"The policy of the club is to not offer players over 33 two-year contracts. So they only offered me a one-year extension. There are ways to negotiate, but that way wasn't right."

Despite losing his important role with Madrid, Pepe proved he was still among the very best defenders on the continent last year when he was Portugal's most consistent player in its run to the European Championship title in France.

"When I arrived, I defended Real Madrid tooth and nail. It was a difficult position to play. We center backs had to cover a lot of ground, and we had to be very physical with the opposing strikers," he said.

Pepe was shortlisted by Paris Saint-Germain and Inter as the transfer window opened while he also acknowledged interests from Premier League clubs.

Beşiktaş are currently attending a training camp in Istanbul and will leave for China for further training on July 16, before playing a friendly match against a local Chinese team. They will fly to Spain from there ahead of the 2017-2018 season.

The club last week has hired Atınç Nukan of RB Leipzig for the new season. Turkish player who transferred to German club two years ago to the tune of 5 million euros was loaned to Black Eagles last season where he scored one goal in 16 matches he played for the Turkish side.