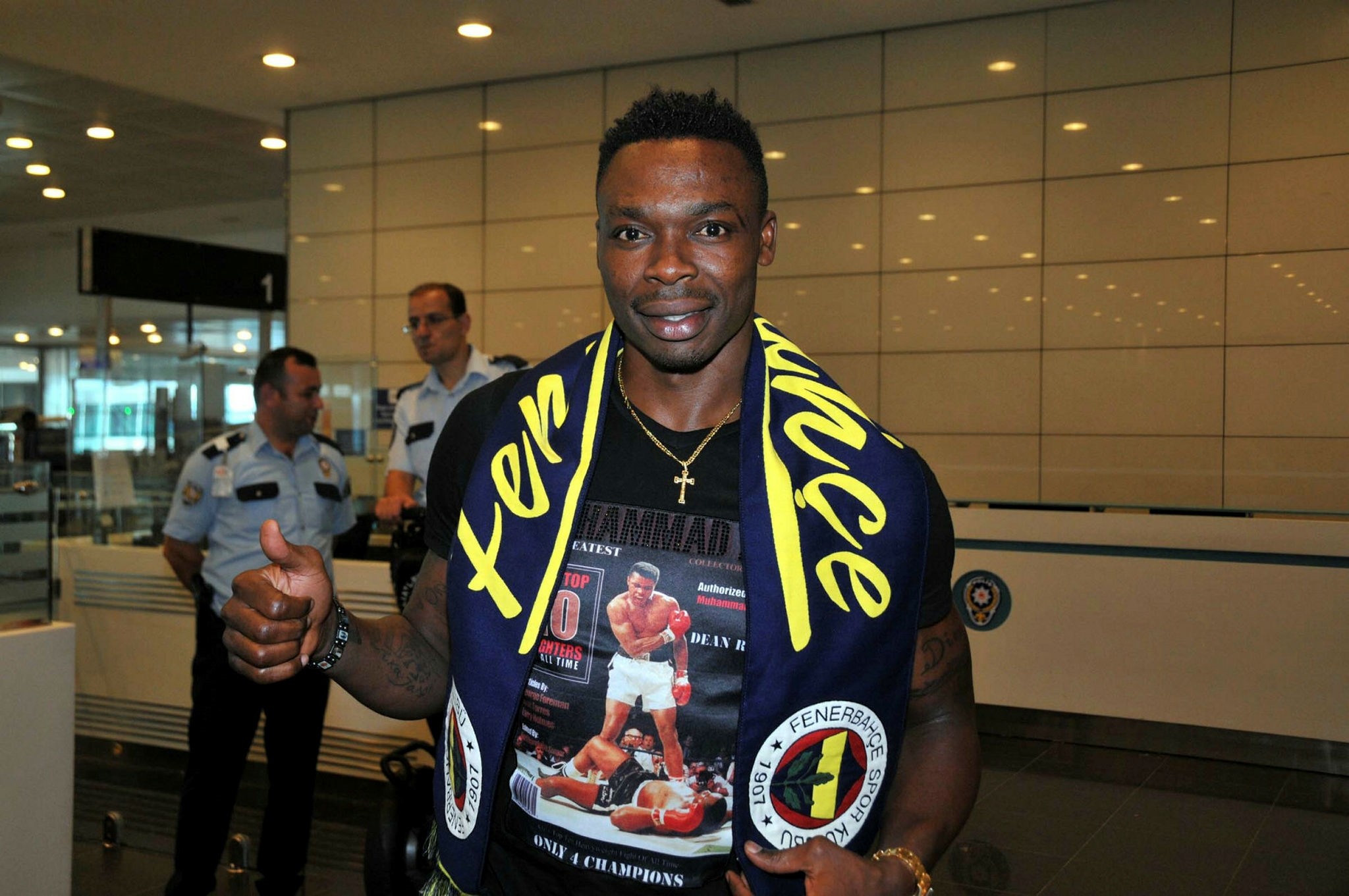 Fenerbahçe officially announced their new transfers Nabil Dirar and Carlos Kameni yesterday as the team looks to boost their standing in the local league, where they finished third last season

Fenerbahçe Thursday introduced Nabil Dirar and Carlos Kameni, its new international transfers at a signing ceremony held in northern Turkey's Düzce where the Yellow Canaries will be training for next season. The Istanbul-based club is hoping to improve its standing in local and international competitions after wrapping up the local league in the third spot.

Cameroonian goalkeeper Carlos Kameni left Spanish La Liga club Malaga for a transfer worth more than $2.2 million to Fenerbahçe on a three-year contract. The 33-year-old spent six seasons with Malaga he moved from Espanyol after an eight-year stint there. He made 35 appearances with Malaga last season.

Flanked by Fenerbahçe executives at a press conference yesterday, Kameni said he always had a good opinion of Fenerbahçe, "one of the greatest clubs on earth."

He thanked Volkan Demirel, the club's other goalkeeper who also renewed a deal with Fenerbahçe at the signing ceremony, for embracing him. He said that the sizeable Francophone community in Turkish football clubs will likely facilitate his adaptation to country's soccer.

Meanwhile, he said he was looking forward to maintaining "a good rivalry" with veteran goalkeeper Demirel and mentoring younger goalkeepers. He said he set the bar high for success and the situation with Fenerbahçe was different, adding that Fener was an established, big club unlike teams he played which strived mostly not to concede any goals.

Fenerbahçe's other new addition to the lineup is Monaco's Moroccan midfielder Nabil Dirar. He is a 31-year-old versatile player who can also play defense. Dirar might keep Fener's hopes for league titles next season after struggling against archrival Beşiktaş and newcomer Medipol Başakşehir last season.

Dirar, who signed a three-year deal with Yellow Canaries, has been a Monaco staple since 2012 with 167 appearances but only 12 goals and 33 assists. He and Kameni are the first major additions to lineup by new manager Aykut Kocaman, a veteran Fener player who replaced Dutchman Dick Advocaat later last season.

Before his work for Monaco, Dirar started out at Belgian club Westerlo and then transferred to Brugge in 2008. He joined Monaco in 2012. Speaking at the press conference yesterday, Dirar said he hoped not to disappoint Fenerbahçe fans.

"I am near the end of my career and it will be a pleasure to conclude it here with good service to Fenerbahçe," he told reporters.

He said he favored defense rather than midfield but it would be up to the coach eventually.

"I started as right winger last season and kept playing in defense. I am here to contribute to Fenerbahçe and what matters is where the coach instructs me to play," he said.