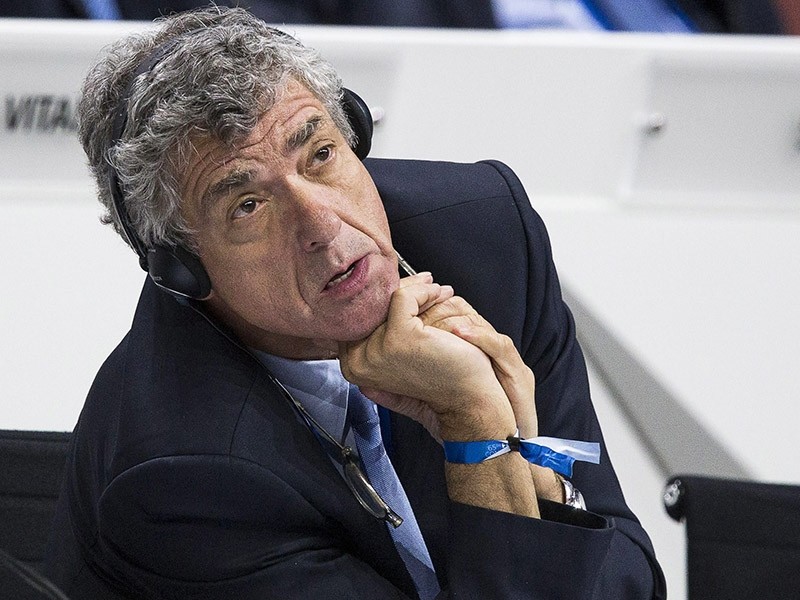 President of the Royal Spanish Football Federation Angel Maria Villar and his son were arrested Tuesday as part of an anti-corruption investigation ordered by Spain's National High Court.

The two are suspected of falsifying official documents, engaging in private corruption and misappropriation.

Meanwhile, Spanish police said that they are raiding the Spanish football federation headquarters in the anti-corruption investigation.

FIFA declined to comment on the arrest, with a spokesman saying: "As the matter seems to be linked to internal affairs of the Spanish Football Association, for the time being we kindly refer you to them for further details."

As part of an operation called "Soule," the Guardia Civil's said it raided the national federation's headquarters, the offices of the regional soccer federation on the island of Tenerife, and "headquarters of businesses and several private homes linked to the arrested individuals."

Police started the probe in early 2016 after a complaint was made by Spain's Higher Council of Sport, the government's sports authority.

The probe led the state prosecutor's office to suspect that Angel Maria Villar "could have arranged matches of the Spanish national team with other national teams, thereby gaining in return contracts for services and other business ventures in benefit of his son."

The prosecutor's office said they suspect that Padron and the Tenerife secretary "favored the contracting of business" for their personal benefit.

Villar's son Gorka and another senior federation official were among those also detained in the probe which notably focuses on allegations of skimming profits from international matches, the source told AFP.

Spain's political and financial crimes court said it is directing the probe into allegations of "collusion, fraud, embezzlement and presumed forgery."

Police who carried out raids on the federation headquarters and other locations related to the probe said that Villar is suspected of organising international football matches as part of a scheme to embezzle funds for the benefit of his son.

Inigo Mendez de Vigo, a spokesman for the Spanish government, told public television in response to the Villar arrest that "no-one is untouchable and everyone must obey the law."

Villar, a former acting president and current vice president of UEFA, which runs European football, has headed the Spanish federation since 1988.

He was reelected unopposed for an eighth term in May despite allegations of vote-rigging that cast a shadow over his win.

His son Gorka Villar is a former director general of CONMEBOL, the South American football confederation, a post he quit in July last year. He also served on a FIFA advisory panel aimed at reforming the organisation mired in corruption allegations.

Villar senior has overseen a glorious period in the Spanish national team's history as they won three back-to-back major tournaments, triumphing at Euro 2008 and 2012 either side of a first ever World Cup in South Africa in 2010.

But his critics say his period in charge has also been undermined by ethical questions and an autocratic management style.

Javier Tebas, the head of the Spanish league, has had a long-running feud with Villar and refers to him as a feudal baron.

The former Athletic Bilbao midfielder, capped 22 times for Spain, has had a number of ethical issues over the years. Most notably he was fined 25,000 Swiss francs ($25,700) by FIFA's ethics committee in 2015 for failing to cooperate during an investigation into the awarding of the 2018 and 2022 World Cups to Russia and Qatar.

The arrests are the latest step taken by Spain to crack down on financial wrongdoing in football.

Last year, Barcelona forward Lionel Messi and his father were found guilty of tax fraud, and in recent weeks prosecutors have opened tax fraud investigations into several others, including Real Madrid forward Cristiano Ronaldo and former Madrid coach Jose Mourinho. Both Ronaldo and Mourinho deny cheating on their taxes.