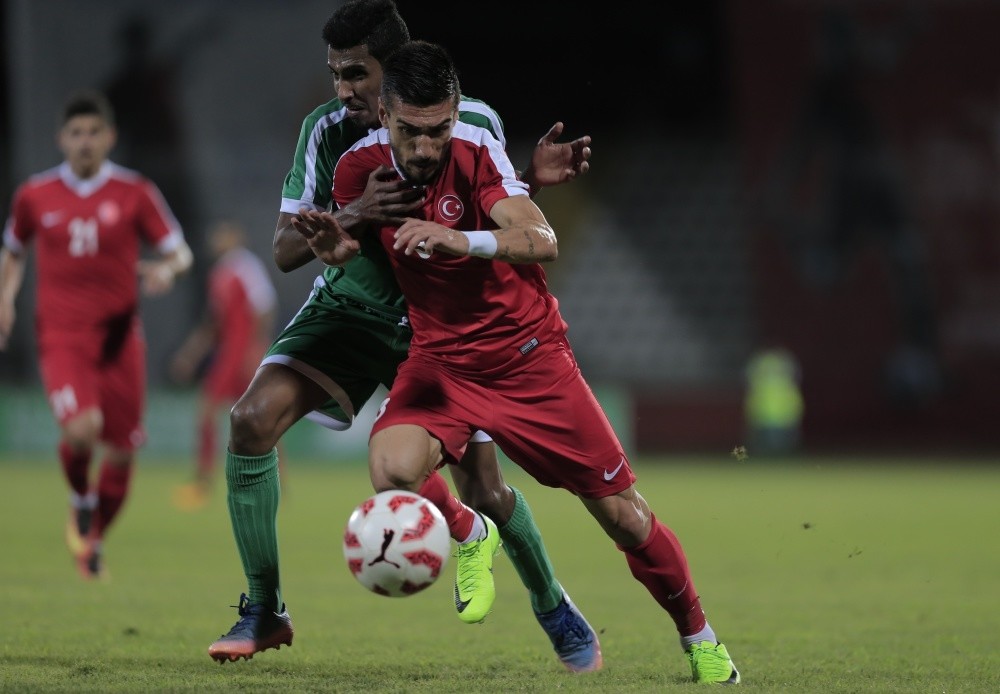 The National Deaf Football Team, who are European and world Champions, took their first step toward the treble by beating Saudi Arabia at the Deaflympics 2017

The Turkish Deaf National Football Team got off to a winning start in the 23rd Deaflympics in Samsun as they beat Saudi Arabia 3-1 Wednesday. The European champions in 2015 and the world champions in 2016, now the Turkish team has set their eyes on the Deaflympics 2017 and completing the treble. Ali Metin, who began working in Deaf football in 2006, has been the head coach of the national team since 2013. The question everybody has in their minds is how the Crescent-Stars surpassed other well-known teams and became the European and world champions.

The 52-year-old coach, when questioned about his successes, answered: "I started scouting the deaf leagues when I signed a contract for the national team in 2013. We prepared our U17 national team from that. We are trying to keep the core of the team intact and improve, develop, teach our kids in training camps to feed them into the national team. I have a different working method. We have a successful roster now. We couldn't play like this when I started in 2006. We couldn't even beat amateur teams. But now we're playing head-to-head with second and third league teams."

Ali Metin, who held a press meeting about the Saudi Arabia match in the Olympic Village, said the first match is always very hard and voiced his excitement. "I and my squad are in the Deaflympics for the first time. The aura of the Deaflympics is really very different," he said.

The Crescent-Stars managed to win the match 3-1 in the 19 Mayıs Stadium with two goals from Hüseyin Er and one from Hakan Kurt. Head coach Ali Metin remarked after the game: "These matches aren't easy. The first match of each competition is always stressful for the coaches and players but of course, this result is great for us. We didn't lose the momentum. Our Egypt match will be tough too. We played Egypt in the quarterfinals in Italy last year. A team we have played in the finals in 2012. There's no such thing as an easy match. We always tell our players this. No match is won easily."

Hüseyin Er, who lives in England and plays for St. John's Deaf Football Club semi-professionally, scored two goals that brought Turkey the win. The experienced player said that they know all eyes are on them and continued: "We want to win every match. We are playing at our own side. We're at home. Everybody's eyes are on us, and the audience wants us to win. We became the European champions two years ago and the world champions last year. We want to win the in the Deaflympics and complete the Treble. We are working very hard for that."

In other events at the Deaflympics, Ukraine won gold in shooting. Turkish athletes, however, could not advance to the finals. Turkish men's basketball team lost to Poland 83-75, while, in tennis, Sercan Yeşilova advanced to the second round. In volleyball, Brazil's men's team beat Venezuela and Russia ousted Poland with losing a single set. In cycling, Russian athletes Ilia Sergeyevich and Alisa Bondareva won gold medals in the 1000 meters men's and women's event respectively, putting Russia top in the medal table.