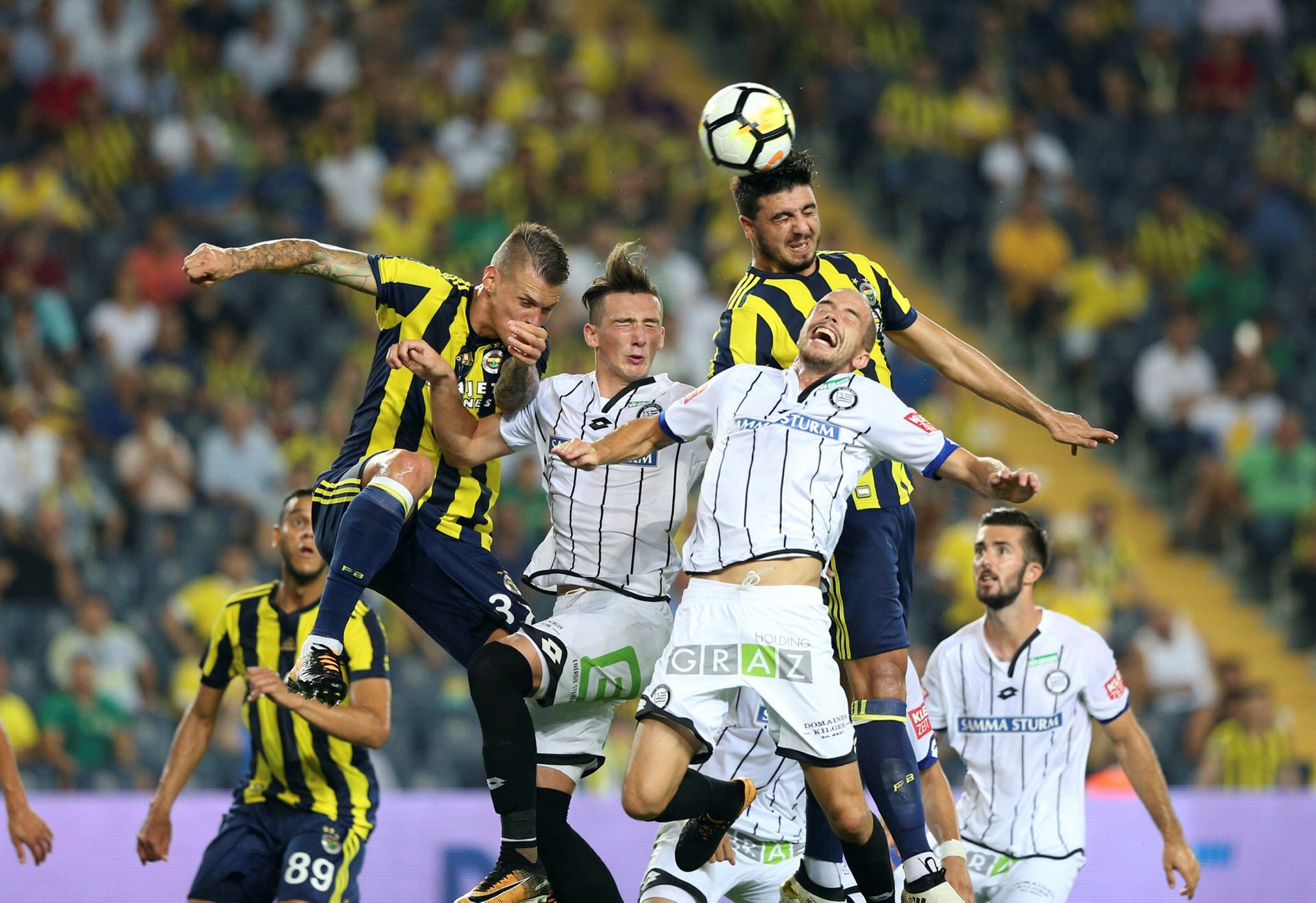 Istanbul heavyweights Fenerbahçe advanced to the playoffs in the UEFA Europa League late Thursday, after drawing 1-1 with Austria's Sturm Graz at the Şükrü Saraçoğlu Stadium.

Fenerbahçe found the first goal of the match in 32nd minute, when two new signings connected swiftly to deliver a header. Mathieu Valbuena assisted with the cross to Nabil Dirar who put Fenerbahçe 1-0 up.

The second half saw a much more resilient Sturm Graz side as the Austrian club equalized in the 66th minute. Philipp Huspek calmly finished with a low driven shot, beating goalkeeper Volkan Demirel.

Fenerbahçe held on for the remainder of the match, moving on to the play-off round.

In the first match, the Yellow Canaries had defeated the Austrians 2-1. With that result, Fenerbahçe won 3-2 on aggregate.

The play-off draw will be held on Friday at 1100GMT.