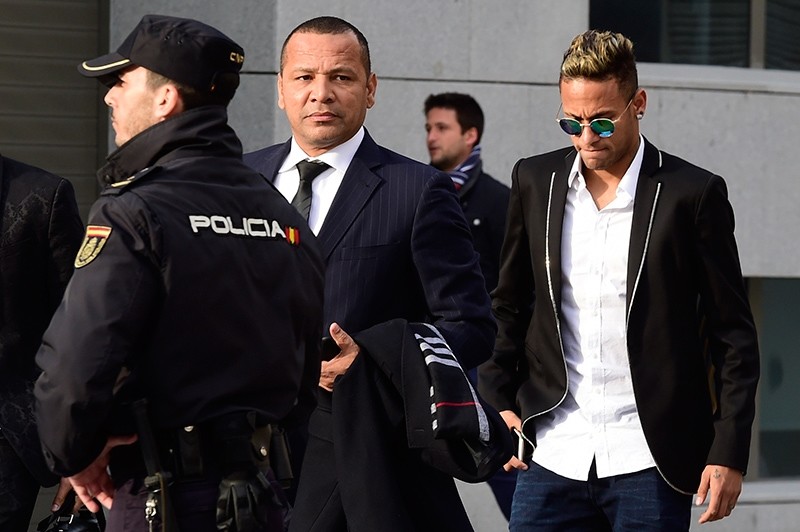 Macron met with PSG President Nasser al-Khelaifi on the sidelines of a charity event, and told him "congratulations, I understand there's been some good news."

Al-Khelaifi responded only with a big smile. While neither mentioned Neymar's name, it's been all over French media and social networks since the striker announced his departure from Barcelona Wednesday after four trophy-filled seasons.

Meanwhile, as Neymar is expected in Paris in the coming days, France's budget minister also has reason to celebrate.

French Budget Minister Gerald Darmanin said he would be "delighted" at the prospect of Neymar paying tax in France after his expected record-busting transfer to Paris Saint-Germain (PSG).

"If in fact Neymar does come to a French club, the budget minister will be delighted at the tax that he will be able to pay in France," Darmanin said on France Inter radio.

"It's better for this player to pay his tax in France rather than pay it elsewhere," Darmanin said.

The Brazilian star's wages will reportedly triple to 30 million euros ($35.5 million) annually after taxes, while income tax rate in France for those who earn more than 152,261 euros a year is 45 percent.

According to the tax rate, Neymar would be expected to enrich French treasury with nearly 25 million euros every year.

Neymar has formed one of the deadliest strike partnerships in football history with five-time World Player of the Year Lionel Messi and Luis Suarez over the past three seasons.

Together they have won two La Liga titles, a Champions League, and three Spanish Cups, whilst Neymar has scored 105 goals and provided 80 assists in just 186 games.

The other two members of the famous 'MSN' trio Messi and Suarez already bid farewell to their departing teammate on social media.

Neymar was expected to arrive in Paris on Thursday to finalize his world-record 222-million-euro transfer from Barcelona to PSG.