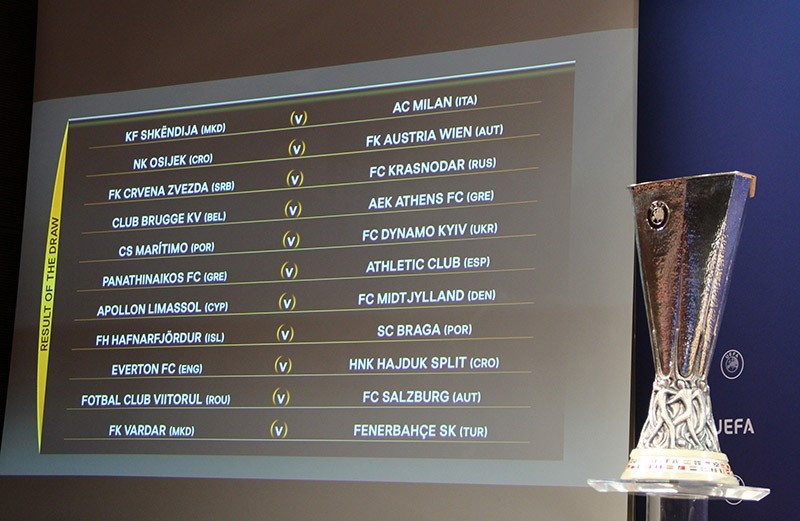 The two-legged fixture is one of the 22 that will decide which teams will go to the Europa League group stages.

The Istanbul club eliminated Austria's Sturm Graz in the third qualifying round on Thursday evening with a 3-2 aggregate over two games.

Fenerbahçe, coming off a disappointing 2016-2017 season in which they finished at third place, added new players to the squad this summer.