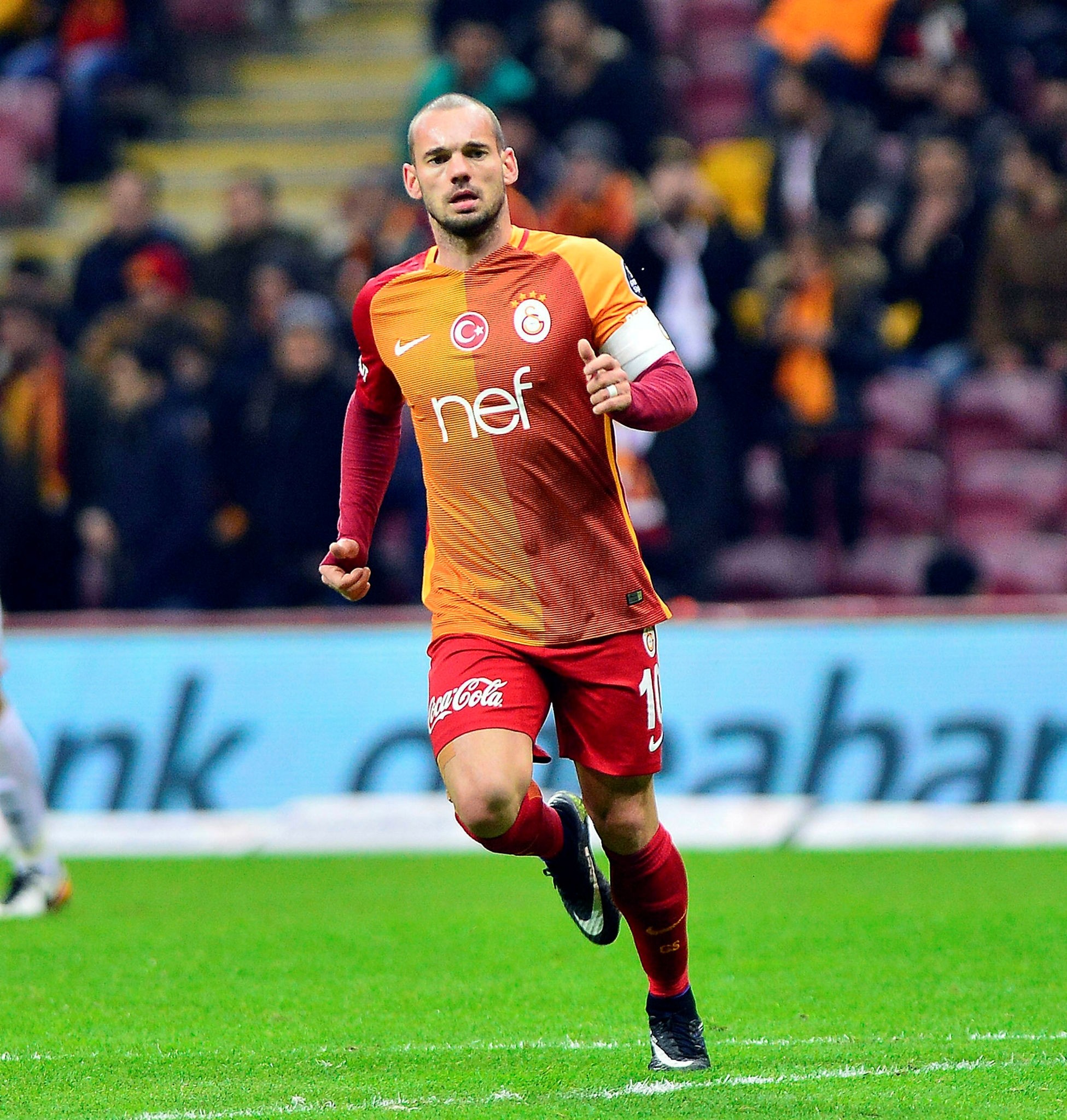 33-year-old Sneijder, who was released by Istanbul powerhouse Galatasaray at the end of last season, signed a one-year deal with an option to extend for another year, a club source said.

According to Nice Matin, the player will sign the contract and become a Nice squad member Monday after undergoing a medical check. Nice Matin also reported that the player had already arrived at the French city's airport.

Sneijder, who played in the 2010 World Cup final for the Netherlands and won the Champions League with Inter Milan in 2010, was released by Galatasaray at the end of last season, meaning he is available for free.

Sneijder played in the 2010 World Cup final for the Netherlands, won league titles in four countries and also won the Champions League with Inter Milan in 2010.

Nice signed Ben Arfa from Newcastle United in 2015, with the talented playmaker helping them qualify for the Europa League before moving on to Paris Saint-Germain.

The club followed that up a year ago by bringing in Balotelli, who won the Champions League alongside Sneijder at Inter, Dante and Belhanda.

The latter left to return to Dynamo Kiev, from where he'd been on loan, before signing for Galatasaray -- replacing Sneijder.

Nice finished third in Ligue 1 last season and will face a two-legged play-off against Napoli later this month to qualify for the Champions League group stages.

They lost their opening league match of the season Saturday 1-0 to Saint-Etienne.