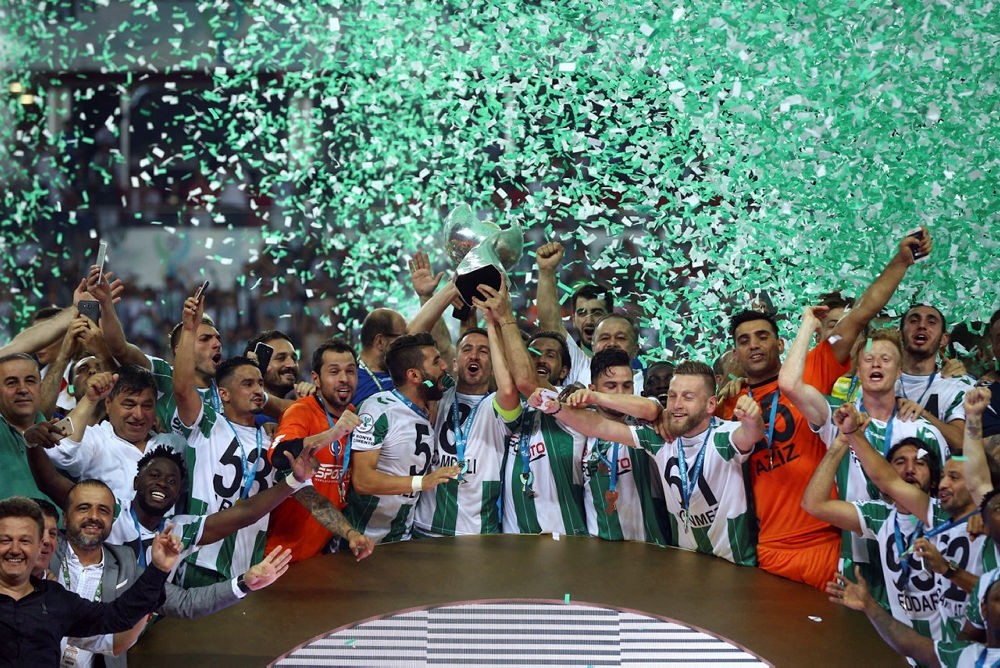 In the second half, Beşiktaş increased pressure on Konyaspor, ending up scoring the equalizer in 77th minute. Striker Cenk Tosun managed to hold off Konyaspor defenders inside the six yard box and found the back of the net with a power shot.

Just as it seemed that the match would go to extra time, Konyaspor succeeded to win a penalty in 90th minute, when Bourabia was taken down inside the area by Pepe.

Slovenian right back Nejc Skubic made no mistake and scored the game winning penalty shot.

With the victory, Konyaspor became the second non-Istanbul team to win the trophy since 2006, when the organization changed its name to Turkish Super Cup from Presidential Cup. Trabzonspor managed to claim Turkish Super Cup in 2010.