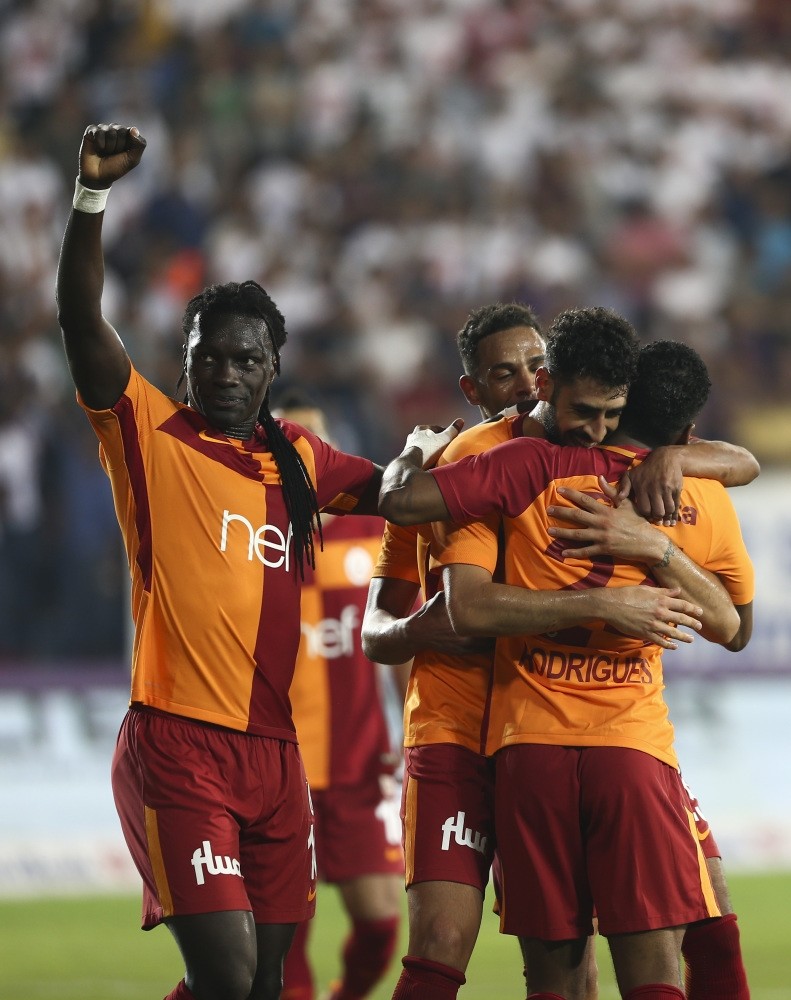 Galatasaray continued their winning form, defeating Osmanlıspor 3-1 in Ankara on Saturday, guaranteeing their place at the top of the table after the second week of matches. They are the only team to have won both games so far. Fenerbahçe and Trabzonspor had to settle for a 2-2 draw in their match Sunday evening. The Black Sea team were unable to break their 20-year jinx, which has seen them go winless away from home at Fener since 1997.

Trabzonspor started the second week match in Istanbul with a goal when striker Burak Yılmaz took advantage of Juraj Kucka's chip over Fenerbahce's defense in the fifth minute. Fenerbahçe responded in the 45th minute when midfielder Alper Potuk beat goalkeeper Onur Kıvrak with a low-driven shot in the left side of the penalty area. Trabzonspor started the second half strong. This time, winger Olcay Şahan managed to strike a powerful shot past Fenerbahçe goalie Volkan Demirel in the 56th minute.

Fenerbahçe snatched the home point after a penalty was awarded in the 84th minute. Mathieu Valbuena made no mistake from the penalty spot. But both sides were unable to capitalize on their final attacks as the match ended 2-2. Trabzonspor are still unbeaten after two matches, accumulating four points, while Fenerbahçe are still winless with two points from two draws. In other matches at the weekend, reigning champions Beşiktaş drew with Kasımpaşa 2-2 in an away match.